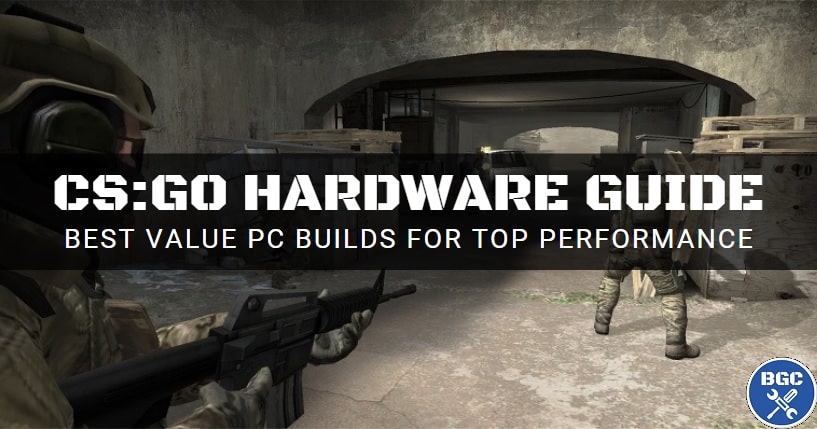 Building a CSGO computer? We pinpoint the current best value parts for optimal performance (get higher FPS for less).

The phenomenon that is CSGO (Counter Strike Global Offensive for those who have lived under a rock the past decade) seems as strong as it's ever been, and still among the most played and most streamed games on the planet, with an ever thriving eSports scene. If you want to play at your best, in a fast-paced First-Person Shooter like CSGO where every little millisecond counts, it's crucial that your PC allows for a smooth frame rate. Ideally, you want your FPS (Frames Per Second) to stay above your monitor's refresh rate, whether that's 60Hz, 144Hz, 240Hz, or even 360Hz for cutting-edge pro players. If you're planning a new PC build or upgrade, in this guide we'll cover which modern PC components you'll need to get the performance level that you seek, with a focus as always on getting the most bang for your buck and not overspending. 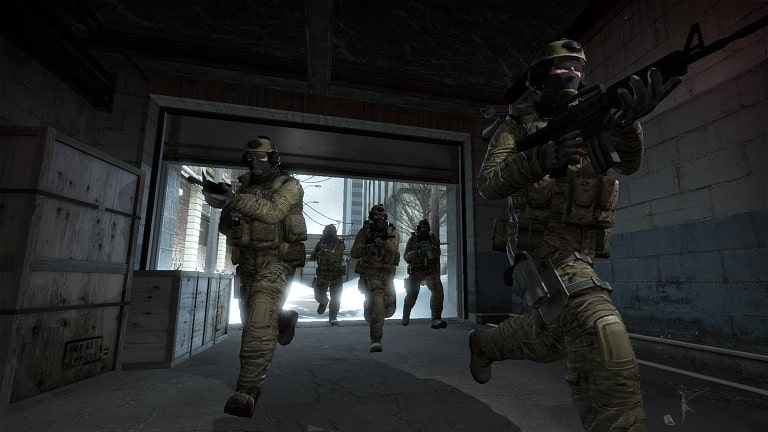 Millions Made in the Milliseconds: CS is not exactly a game that you want to lag - ever

Let's first take a quick look at the bare minimum spec requirements to simply run CSGO (as listed on Steam) even though they're practically useless for anyone building a new PC for CSGO. One thing the minimum specs do get across though is just how forgiving the game is on hardware - since CSGO is such an old title now, and also because of its basic nature visually-speaking, the game will run on a potato.

Translation? Any PC on the face of the earth will run CSGO, even Grandma's dusty old Pentium 4 monstrosity with the floppy disk drive and funky beige case. If you want to ensure a certain frame rate, let's get into which modern components will achieve 60FPS, 144FPS, or 240FPS.

In terms of requirements for 60FPS, you don't even need a graphics card, and using the integrated graphics that comes with AMD's cheap 3200G process is actually enough to hit that frame rate on low settings, which by the way is what most players use in CSGO anyway (hence why all the recommendations in this guide are for low settings). Most players will want a 144Hz monitor if at all possible to take full advantage of such a fast-paced game, but 60FPS is not the end of the world and still a relatively smooth experience if you're just a casual player (and you don't care that other players using a 144Hz or 240Hz screen will have a slight edge over you).

In such a fast-paced shooter like CSGO, you want the highest frame rate possible in order to eliminate the chances of dropped frames and to also minimize input lag (it's proven that in this particular title, the higher your FPS, the lower your input lag). All recommendations in this guide are also for 1080p (full HD) resolution, seeing as that is far and away the most used resolution for the game (again, because it's all about getting the highest frame rates over better looking visuals). In other words, ain't anybody using 1440p or 4K for CSGO, at least not if you want to play at your best. In fact, most pro CSGO players actually use a lower resolution than 1080p.

CSGO is a CPU-bound game, and not very graphically demanding whatsoever, meaning that getting higher frame rates is primarily a job for your CPU/processor. So, if you want 144FPS at all times on competitive settings (which is basically low settings), to take full advantage of that fast 144Hz monitor, these are the minimum modern parts that'll get the job done. Of course, feel free to get stronger hardware to get even higher FPS, but if you want to be cost-effective then these components are what I suggest.

Once again, to hit 240FPS consistently it's all about getting a faster CPU. CSGO isn't demanding in terms of graphics, and you only need something like an RTX 2060 (standard or Super edition) in order to stay well above 240FPS at all times (on low settings), if your CPU is good enough. This is unlike more visually demanding games, where achieving such high frame rates is impossible without one of the best gaming GPUs on the market.

Why Do CSGO Pros Aim for Over 300FPS?

Or in other words, how on earth is 300FPS going to change anything? Refresh rates don't even go that high? All fair questions that everyone has had at some point. But if you look into it, what you find is surprising. Here's the deal; while most games don't benefit at all from obnoxiously-high frame rates like 300FPS or beyond (let alone 240FPS, which is only really all that beneficial for shooters or MOBAs), CSGO is unique in that regard and there are legitimate reasons behind the borderline-obsession with frame rates shared by the majority of competitive CSGO players (and it's not bragging rights). Many CSGO players mention that higher FPS gives lower input latency - even if your monitor can't even output those extra frames. Sounds like straight-up lunacy at first, because how could 300FPS (or more) improve input latency on say a 240Hz monitor, when the screen can only display up to 240FPS? Rational thinking points to the display and input being completely unrelated.

But after a ton of research into this, out of both necessity to make this guide as accurate as possible, and out of pure curiosity on my part, as a wise space captain once said, it's true - all of it. Crazy-high frame rates are indeed worth shooting for in CS, and it all comes down to the fact that higher frame rates will show a more "current" frame on screen, no matter what your monitor's refresh rate is. So the higher your FPS, the lower your supposed input latency will be (for aiming/shooting etc). Moral of the story? For CSGO, lower those settings (but keep shadows on...think about it), lower that resolution (resolutions less than 1080p is not uncommon in this game), and get a bazillion FPS. 'Cause science and headshots. See this video for just one CS player's take on this: (but research around and you'll see a ton of people preaching this)


Choosing the Best Monitor for CSGO

CS:GO is a blast - quite literally. Technically, it's one of the fastest-paced games out there. Therefore, since it moves at break-neck speed and every millisecond can count for something in the heat of battle, PC performance is critical in a game like CS:GO. But the ideal way to experience CS:GO for competitive play isn't just about getting good performance from your hardware; it's about choosing the right type of gear, too. Specifically, the mouse and the monitor.

The game is best experienced on a fast refresh-rate display of 144Hz or higher. Every single CS:GO pro player uses a high refresh-rate monitor of at least 120/144Hz (technically, most pros use a 240Hz screen, but 144Hz is just fine if on a budget). So, get a monitor with a 144Hz refresh rate or higher if you want to take your CS:GO experience to an optimal level (so that you're essentially competing on a level playing field with others around the world). If you're a competitive player you want there to be very little (hopefully 0) chance that your system lags, stutters/slows down during your sessions. If that happens to you, during the high-action scenes that count most in CS:GO, you're handing your opponents a very slight but potentially crucial edge over you (assuming similar skill levels).

For the best CS:GO gaming monitor, you not only want the highest refresh-rate you can afford, but you really need a monitor with a fast (low) response time of under 5ms (refresh rate and response time are different things). Ideally 1-2ms, which many of the best gaming monitors have (also see that guide for more about choosing between different monitors). In my humble opinion here are the some of best value gaming monitors from top manufacturers like Asus, Acer, BenQ, LG and more, which include top picks for good value 144Hz and 240Hz gaming monitors that would be ideal for CSGO.