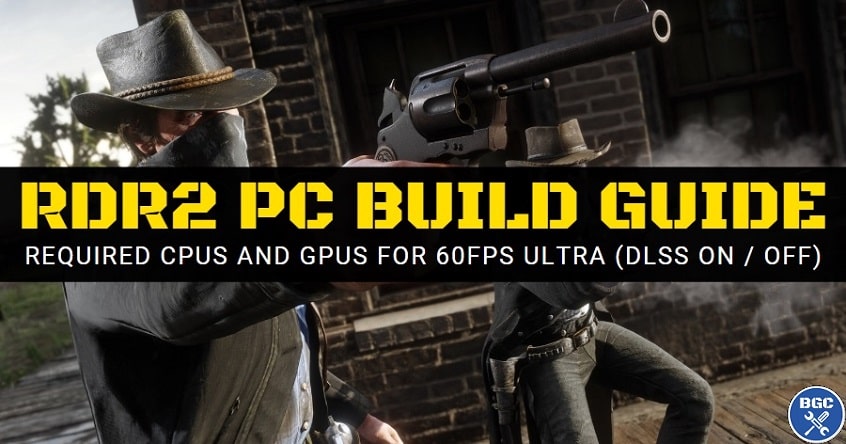 The expansive Western-themed action adventure Red Dead Redemption 2 (RDR2 for short) is undoubtedly one of the best video games ever created. It also boasts some of the most impressive, realistic, lifelike graphics of any game, even a few years on from its release. If you're upgrading or building a PC for RDR2 and want to hit a smooth 60FPS level of performance, in this hardware buyer's guide we'll go over the CPU and GPU requirements to do exactly that for your particular resolution and settings. RDR2 had NVidia DLSS support added in a post-release patch, so we'll also take that into account within the PC build recommendations below, as it provides a nice performance boost for NVidia graphics cards with little to no difference in image quality.

Before getting into recommended PC builds, let's first revisit the bare minimum requirements to run the game. On PC, RDR2 can be one of the most demanding games out there, but it's official hardware requirements as listed on Steam are relatively low. Just don't expect to play the game smoothly at anything higher than 1080p at low graphical settings if you use a system with the following specs (or similar).

Let's move onto which parts you'll need to get the most out of the game by reaching 60FPS performance (on average) at various resolutions and various settings. 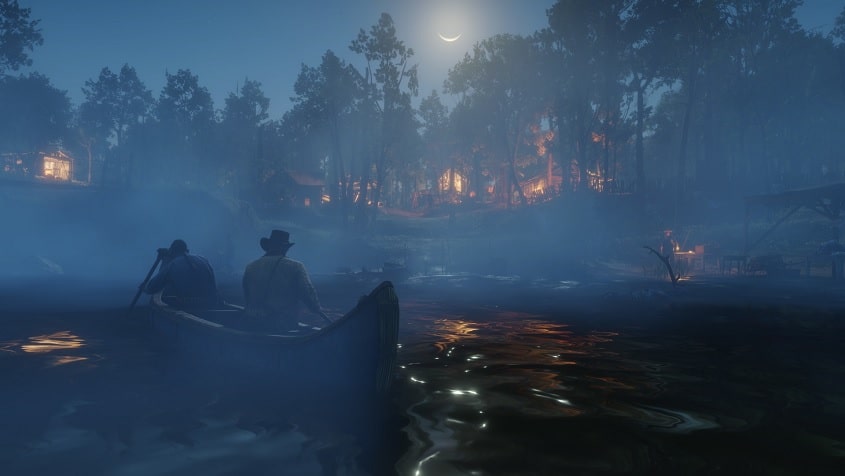 Given its one of the most graphically demanding PC games, getting 60FPS consistently across the various scenes of RDR2 requires some solid specs, though at higher resolutions it's NVidia DLSS to the rescue (but we'll get to that). Firstly let's get CPU requirements out of the way; RDR2 isn't overly CPU intensive, and there are many more CPU intensive games out there. Therefore, any half-decent modern CPU will do fine to reach 60FPS - even the latest entry-level CPUs from Intel and AMD (i3 12100 or Ryzen 3 3300X).

But if you're not on a budget and want the absolute best PC build for RDR2, to keep frame rates as high as possible at all times and minimize frame drops during CPU intensive moments, the ideal setup would be to have a slightly faster CPU such as a Core i5 12400 if going for a modern Intel, or a Ryzen 5 3600 or 5600X on the AMD side. As for RAM, there's no need for more than 16GB, even in a demanding open-world game like RDR2. Maybe in future titles we'll see 32GB providing a noticeable performance benefit compared to 16GB, but for now, 32GB is a nice-to-have luxury and offers no tangible difference for gaming. 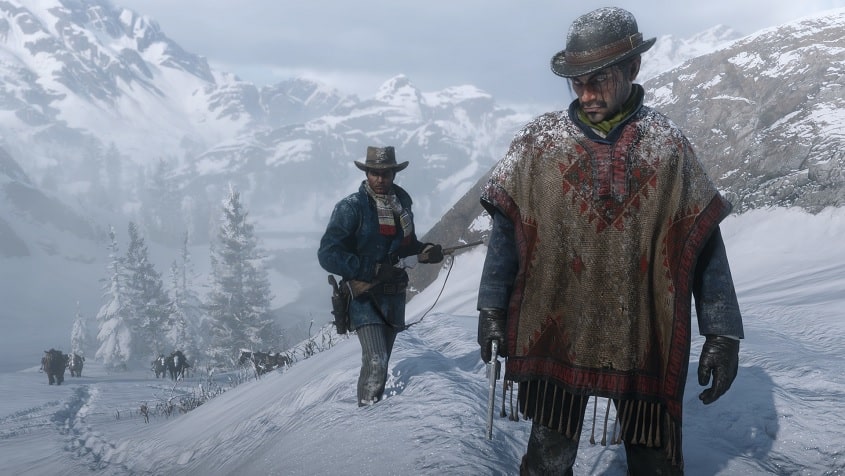 RDR2 is not just about amazing cutting-edge visuals, and the gameplay, story, audio, and characters are all world-class

As with most modern PC games - especially any with great graphics - whether you get 60FPS or not is largely determined by the power of your graphics card. Starting with 1080p (Full HD, 1920 x 1080), if gaming on high graphical settings, you'll need a decent mid-range modern GPU to reach 60FPS consistently. A GTX 1660 Ti will get the job done for the most part, but a RTX 2060 or better would be ideal if you're a performance perfectionist. You could even go lower than a 1660 Ti, such as a GTX 1660 Super, but you'll mostly hover between say 50 - 55 FPS, at least according to benchmarks I've seen out there. That's for NVidia cards, so if you want AMD instead, you're looking at a Radeon RX 5600 XT as the best value GPU for 60FPS at 1080p High, and the RX 6600 or RX 5700 as the absolute ideal to stay above 60FPS for the majority of the game.

Keep in mind this is all for "High" settings, so if you want to max-out the game on Ultra settings, you'll need slightly better GPUs. Also keep in mind these recommendations for 1080p are assuming NVidia DLSS is turned OFF - as I typically do, I reserve DLSS for 1440p and 4K recommendations, since DLSS at 1080p isn't typically all that worth it. The performance gains aren't as good as for higher resolutions, meaning you're probably better off sticking to native non-DLSS at 1080p unless you think the slight performance boost would be helpful to you and so long as you stick to the higher-quality DLSS modes like 'Quality'. In RDR2, there are 5 different DLSS settings if you own a NVidia GPU, in order from the settings that retain the highest quality image (but smallest performance boost), down to the settings with an increasingly more noticeable image loss (yet higher performance gain):

At 1440p and 4K, DLSS can be well worth it if you need to bump up that frame rate, and it can be very difficult to notice a difference between DLSS set to 'Quality' and native rendering (ie DLSS turned off). On a 1440p or 4K monitor, my baseline recommendation is to use DLSS set to 'Quality' as you can then get away with a slightly less powerful GPU to hit 60FPS. But remember DLSS is only for NVidia graphics cards, and AMD's equivalent tech FSR is not supported in RDR2. Also, if you do have/get a NVidia card, doesn't necessarily mean you NEED to enable DLSS.

If you're happy with performance of your setup at native resolution (ie no DLSS), don't worry about it and keep on gaming. But if you want to boost FPS, test out the different DLSS options. If you do use DLSS in RDR2, just make sure to check that TAA Sharpening is turned off since it interferes with DLSS as explained in this RDR2 DLSS test by PCWorld. You'll find the TAA Sharpening setting by scrolling down through to the advanced graphics settings: make sure the slider is all the way to the left which turns it completely off.

With all that said, let's wrap with my suggested hardware combinations to build the best PC for Red Dead Redemption 2 depending on your resolution and settings. These recommendations are for gamers wanting to remain around 60FPS on average for the smoothest experience, but remember you can always tone down the settings and get by with lesser specs (high vs ultra settings isn't a big difference in RDR2). Plus, you don't need 60FPS performance at all times to fully enjoy a slower-paced game like RDR2, and 40FPS - 50FPS is still a mostly smooth experience for this genre.