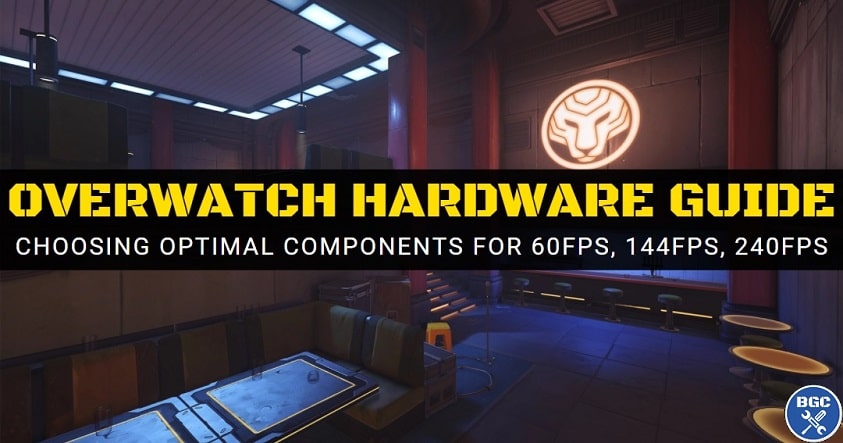 Overwatch 2 is around the corner, but the original remains one of the most played, most watched, and most popular shooters around. If you're upgrading or building a new PC for Overwatch and want to ensure fast performance to play at your best, in this hardware buyer's guide we break down everything you need to know about choosing optimal components including the bare minimum system requirements and recommended CPUs and GPUs for 60FPS, 144FPS, or even 240FPS and 360FPS for competitive players. Overwatch is a very fast-paced game, which is best played at super-smooth (and ideally super-high) frame rates.

How Demanding is Overwatch? (Minimum Specs to Run Game)

Before we get into top performance levels for competitive play, let's quickly cover the official minimum requirements to just run the game as a casual player. Like CSGO or Valorant, other extremely popular competitive FPS titles, generally speaking Overwatch isn’t very demanding on PC hardware, and any fairly basic modern computer that has a graphics card (or good APU) will have no problem being able to run it just fine. 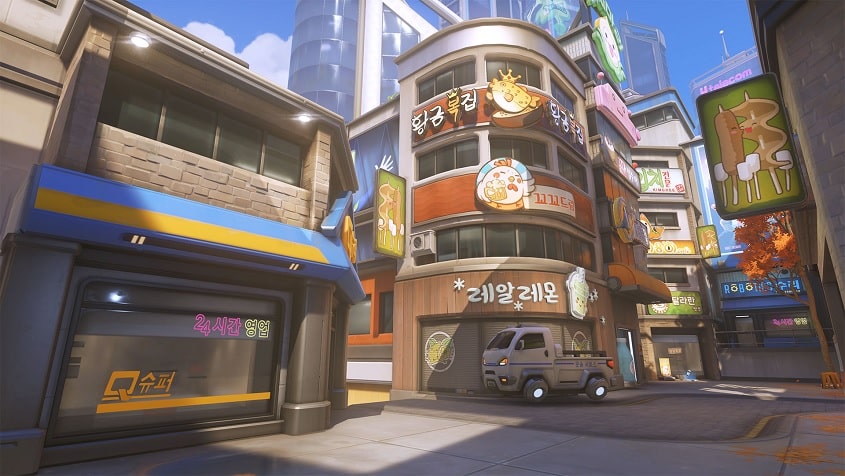 Overwatch isn't an overly demanding game, but you'll need to pay attention to your specs if you want high frame rates

60Hz monitors are fine if you're a casual gamer just wanting to have some fun, but if you're a pro or aspiring pro Overwatch player, or you're a more serious casual player (as in, you don't care about the pro scene but you still want to play at your absolute best with every edge possible), you ideally want a 144Hz monitor for Overwatch (1080p resolution, so specifically a 1080p 144Hz monitor).

Good news is, these days they're not much more expensive than regular 1080p 60Hz screens, so competitive gamers will absolutely want to get a 144Hz screen for this particular title to maximize “smoothness” and lower input latency, which could lead to better in-game results too. On a tighter budget, a 60Hz screen will do and still offers a smooth ride if you stay above 60FPS, but for Overwatch a 144Hz screen is highly recommended. Serious players will also seriously want to consider 240Hz which will deliver the ultimate experience in terms of the fastest-updating visuals on-screen and the lowest input latency.

Pro Overwatch League players almost exclusively use 240Hz displays, with the exception of just a few (AFAIK), though that could have changed by now and I wouldn't be surprised if every single Overwatch pro uses 240Hz. 360Hz screens are now a reality too, which promises even faster displays and even lower latency, so you can be sure that some pros will start migrating to these screens as well if they haven't already.

Does that mean YOU need a 240Hz or 360Hz monitor too, just because the pros do? Of course not, and a 144Hz screen is still quite fast, but if you do take your gaming and eSports seriously, to play at your absolute best and to have every little edge as possible over the competition (or more so to avoid them having any edge over you), I would definitely consider investing in a good 240Hz gaming monitor.

That said, the jumps up from 144Hz to 240Hz or from 240Hz to 360Hz aren't as big as the step up from 60Hz to 144Hz though (which is quite noticeable for serious players with a good eye), so any higher than 144Hz does give somewhat diminishing returns and isn't necessary to "play at your best". But yeah, pro players all use 240Hz+, so use that information as you will.

NVidia vs AMD GPUs: Which is Faster for Overwatch?

If you're wondering which graphics card is best for Overwatch, unlike CS:GO which runs faster with AMD Radeon GPUs, NVidia cards have proven to give slightly better performance in Overwatch. Therefore, all our graphics card recommendations below will be for team green, as this Overwatch build guide is here to help you get the highest frame rate for your money after all.

This site is 100% fanboy free, so we simply recommend whatever is objectively better for any particular game/situation, and so because the benchmark data we've come across online favors NVidia, that's what we suggest if you want the fastest PC for Overwatch.

Of course, feel free to get an AMD equivalent if you’ll be playing other games or you're a  casual player who doesn't care about squeezing out every extra frame you can. But if Overwatch is all you play, we recommend choosing a NVidia card to get 5-10% better frame-rates in this particular title.

Related: How to Choose a Gaming GPU 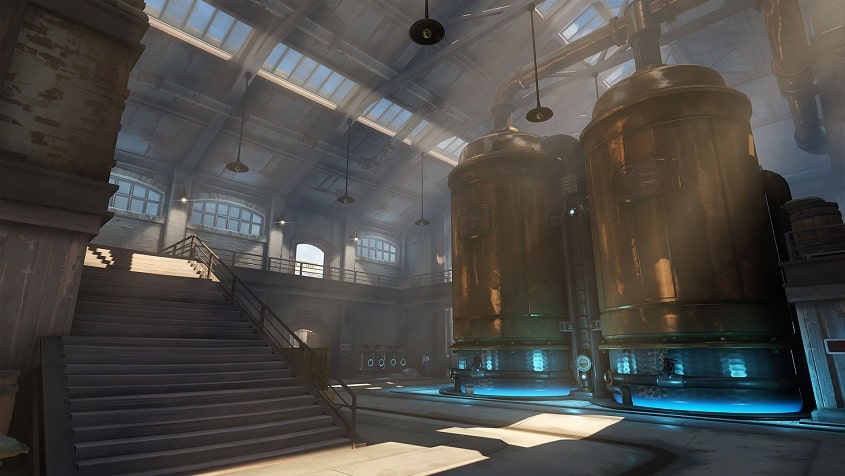 Alright, let's finally get into our component recommendations for an Overwatch PC build for various budgets. Our recommended parts below are what you'll require (based on studying multiple benchmarks) to comfortably achieve a certain performance level such as 60FPS or 144FPS - and to do it consistently so that your system performs above that level to give yourself some headroom during chaotic high-action moments of the game (so that your FPS won't dip under). In other words, if you want 144FPS, you ideally want your gaming PC to be capable of an average of 180-200FPS or even higher.

In these Overwatch PC build recommendations we won't mention the other parts required for a working PC (motherboard, power supply, case, storage, operating system) as we’ll only be talking about the components that directly affect gaming performance (CPU, GPU, RAM). For full PC build examples you can go ahead and setup, see our main always-updated gaming PC build guides in conjunction with this guide.

Also, we won’t be covering PC requirements for higher resolutions than 1080p (such as 1440p or 4K) as the vast majority of Overwatch players stick to 1080p (AKA Full HD, 1920 x 1080 pixels) to get the highest, most consistent frame rates - important for a competitive FPS (First-Person Shooter) title like this. That said, 1440p 144Hz screens would be great for casual Overwatch too, so if you use one of those screens then keep in mind you'll need a stronger parts-list (especially GPU) than what you require for 1080p 144Hz.

No Time to Build a PC? Best Value Prebuilt PCs