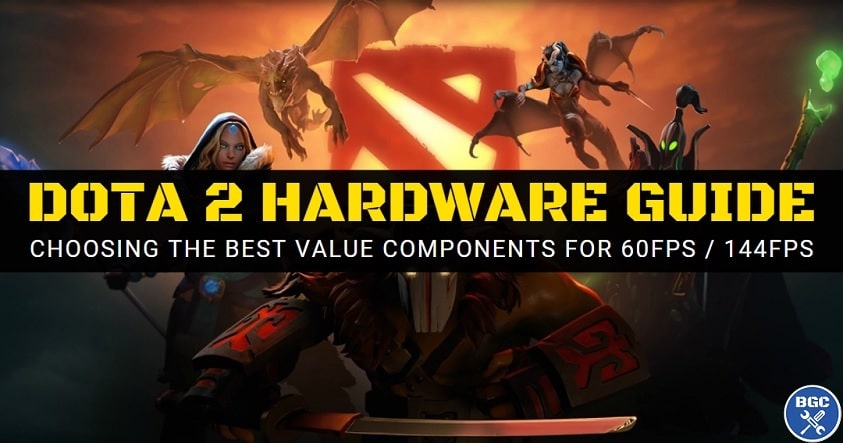 Dota 2 (Defence of the Ancients 2) is a massively popular free-to-play MOBA (Multiplayer Online Battle Arena). Created by Valve, many years on it's still one of the biggest competitive eSports on the planet with mind-boggling prize money being won at pro tournaments and a massive fanbase who tune in to watch their favorite pro teams go head to head.

Dota 2 is based on the now quite old Source engine that was used for good old Half Life 2, and these days is not a demanding game whatsoever. Especially not for modern day CPUs and GPUs, and so if you're building or upgrading a gaming PC for Dota 2 you can get away with choosing a cheap CPU and GPU combination and run the game nice and smoothly.

But if you're a performance perfectionist and want to hit specific performance targets to run the game flawlessly at your particular resolution, refresh rate, and visual settings, I've analyzed a range of different performance benchmarks across the web from multiple sources and curated what you need to know to choose the best bang for buck PC components for the best Dota 2 setup.

Before getting into which parts you'll need to get that super smooth 60FPS or 144FPS, let's quickly go over the bare minimum requirements to run the game as listed on Steam.

Those are some super lightweight old specs right there, but the game is many years old now and these official requirements haven't been updated since launch (if I'm not mistaken). Anyway, any old potato will run Dota, but to guarantee a super smooth experience without hiccups during intense battles in order to both enjoy the game to its fullest and play at your highest potential, let's get into requirements for 60FPS or 144FPS at various graphical settings. 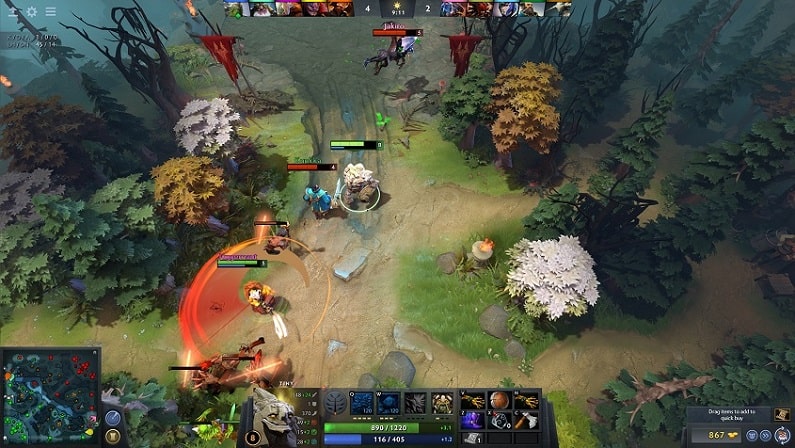 Dota 2 is not demanding on hardware, and any cheap modern PC should run it decently

Starting with the standard resolution of 1080p, which the far majority of players both casual and competitive alike use for Dota 2, it doesn't take much to reach a super smooth 60FPS. To keep your frame rate above that mark at all times - even during hectic battles - based on the modern hardware market below are the specific processors and graphics cards I suggest if you want to get the job done without overspending on parts you don't need.

For RAM, a measly 8GB would be fine for such an old and non-demanding title, but these days there's no point recommending 8GB of RAM in a new PC build. 16GB is not much more money, and much preferable for general PC performance as well as for running other games that are more demanding.

Now onto 1080p 144Hz monitors, which do make the game smoother if your hardware can keep up and reach the 144FPS mark (or thereabouts). Getting a 144Hz monitor for Dota 2 isn't as crucial as it is for faster paced genres like First-Person Shooters or racing games where you are constantly turning the in-game camera very abruptly and will therefore benefit fairly significantly from a faster-updating 144Hz monitor (as it provides smoother quick movements of the camera than say 60Hz, which can be a bit blurry in comparison during fast movement). That said, if you want the best PC build for Dota 2, a 144Hz monitor is definitely still worth it - faster refresh rates are still a noticeable (albeit subtle) upgrade in MOBA titles like Dota 2 or League of Legends.

I've included recommendations for low graphics settings as well, given that's how most (good) competitive players run not just Dota but any competitive title in order to maximize frame rate and minimize the chances of frame rate dips during bigger battles. Plus, disabling advanced graphics settings in Dota 2 makes for less on-screen clutter, allowing you to focus more. Oh, and unlike for shooters like CSGO for instance, I'll leave out any suggestions for 240Hz displays since it's totally unnecessary for Dota (144Hz is absolutely plenty, and even then, 60Hz is really not that bad in Dota and totally fine for a casual player).

The far majority of pro Dota 2 players stick to 1080p (1920 x 1080), but many casual players enjoy the higher visual fidelity of a higher resolution monitor like 1440p. So if that's you, you will need a slightly stronger GPU if you want flawless performance, but since Dota 2 is not a graphically demanding game you still won't need much for a great 1440p experience.