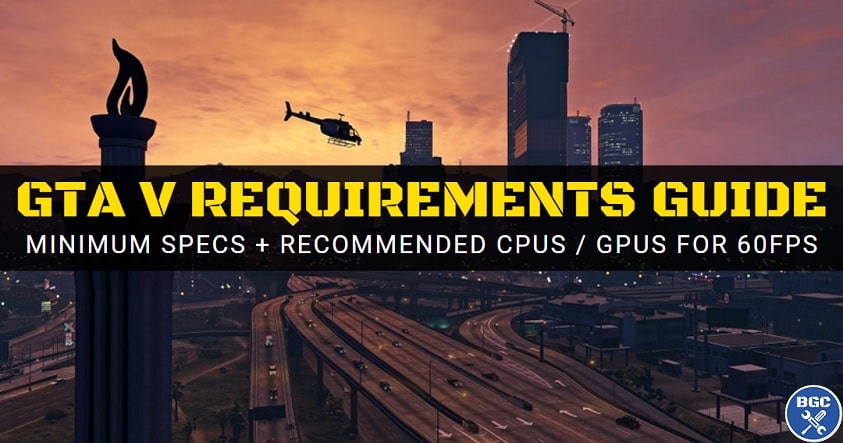 GTA V is Easily One of the Best, Most Ambitious, and Most Popular Video Games of All Time

Some games never say die, and Grand Theft Auto V is alive and kicking deep after its release, and still one of the most popular single and multiplayer PC games today. For good reason, as it's the pinnacle of Rockstar's long-running, genre-dominating series, and a fantastic game overall with a vast lifelike world with plenty to do and some genuine AAA grade graphics that really pulls you in. If you're upgrading or building a PC for this massive open-world masterpiece and want to ensure smooth performance, or you simply want to know if you can run the game on your current desktop or laptop, this guide breaks down the official system requirements and goes a step further to share which modern CPUs and GPUs you'll need to get the performance level you seek (60FPS or 144FPS). 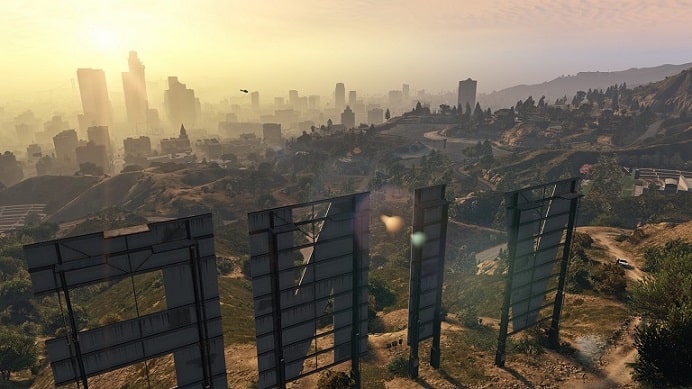 If you want to experience the sprawling city of Los Santos to the absolute fullest on a high-resolution display and with maxed-out ('Very High') graphics settings, despite GTA V being many years old now it can still be a relatively demanding title that will require a beefy system to run flawlessly. That said, on standard full HD (1080p) monitors you won't need much firepower and can get away with a fairly cheap gaming PC build sporting a budget CPU and GPU combo.

Though just like any game, if you're using a 144Hz gaming monitor and aiming to get 144FPS in GTAV, your spec requirements (both CPU and GPU) go up fairly significantly. But we'll get to that. Also keep in mind performance can vary a lot when playing GTA V online, and the recommendations in this guide are based on studying, aggregating, and vetting offline gameplay benchmarks from multiple sources around the web. Anyway let's get into building the best PC for GTAV, starting out with the official minimum requirements and then moving onto what parts you'll need to get 60FPS or 144FPS at different resolutions.


GTA 5 Requirements on PC (to Run the Game)

If you just want to know if your system can play Grand Theft Auto V, below are the official system requirements as listed on Steam at the time of writing.

If you own a 1080p 60Hz monitor that allows you to see up to 60FPS (or a 75Hz one which are quite common these days and allow for up to 75FPS), these are the modern hardware specs I recommend if you want super smooth 60FPS performance (broken up into low settings and maxed settings).

The popular entry-level gaming CPU, the 3200G, will run GTA V nice and smoothly at 1080p if you don't mind dialing all those graphics settings down to low. It comes with an integrated graphics chip, the Radeon Vega 8, meaning you don't need to purchase a graphics card, saving you a stack of money and allowing you to play modern games like GTA V nice and smoothly (albeit on low settings). If you bump up to its bigger brother, the Ryzen 5 3400G, you get both a faster processor and more powerful graphics chip (Radeon Vega 11) that will allow you to increase visual settings to around medium and still hit 60FPS on average.

For very high settings though, you'll need to bring a discrete graphics card to the mix, with the cheapest modern gaming GPU on the market right now from either NVidia or AMD (GTX 1650 Super or RX 5500 XT) easily allowing for 60FPS and higher at such high settings. There are cheaper cards that will run GTA V decently at 1080p if you plan to buy a used GPU, such as a GT 1030, GTX 1050, or GTX 1050 Ti, but ideally you want to stick to a current gen GPU when upgrading or building a new setup as those cards are getting real old now.

144Hz monitors aren't something that springs to mind when it comes to generally slower-paced games like GTA (to be fair there's plenty of fast-action though). Fast 144Hz refresh rates are more beneficial for First-Person Shooters like Call of Duty Warzone, but if you do own a 144Hz monitor and want to take full advantage to reach 144FPS or thereabouts in GTA V, these are the specs I recommend.

To get such a high frame rate of 144FPS in GTA V, you'll need both a good CPU and GPU because GTA V is relatively intensive on both the CPU and GPU. Just remember you don't need to get 144FPS at all times in order to take advantage of a fast refresh-rate like 144Hz, because even if you get 100FPS and above, you're still seeing more frames as compared to a 60Hz screen.

As for choosing the best gaming GPU for GTA V, for 1080p 144Hz monitors a RTX 3060 or better would be the optimal way to go, especially if you really want to crank those visual settings to very high. Cheaper, older gen cards like the RTX 2060 Super or RX 5700 XT would suffice for lower settings though - even a GTX 1660 Super would be fine for 1080p 144Hz monitors if you sacrifice settings. 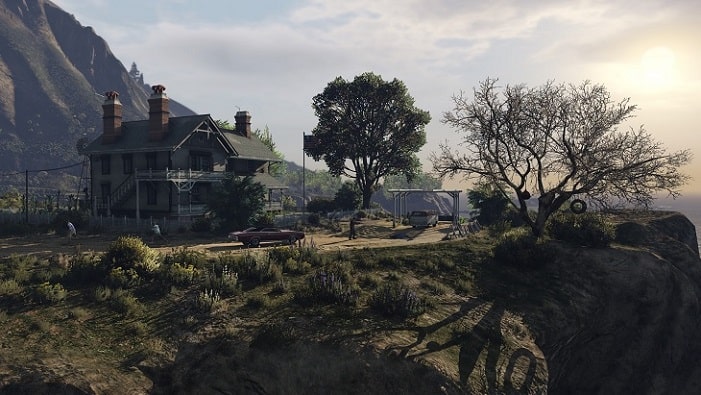 Moving onto 1440p monitors for those wreaking havoc on Los Santos in high resolution, you'll need to up your GPU game if you want super-smooth performance, with a RTX 2060 Super or RX 5700 XT being the requirement for that magical 60FPS average on max settings. Lesser GPUs like a GTX 1660 Super or RX 5600 XT are absolutely fine to run GTA V at 1440p if you either don't mind less than 60FPS (nothing wrong with a good 40-50FPS in GTA) or you don't mind dialing back those visual settings.

For 1440p 144Hz monitors, GPU requirements increase a fair bit as it takes serious graphical firepower to hit 144FPS or thereabouts at 1440p. An RTX 3070 or RX 6800 would fare well on high settings, but for the best 1440p 144Hz experience an RTX 3080 or RX 6800 XT is the ideal (but not necessary, so I can't in good faith recommend such expensive cards unless it's for 4K screens). At 1440p, CPU doesn't matter anywhere near as much as the GPU, however, when it comes to 1440p 144hz monitors, remember you still need a processor capable of reaching such high frame rates (and to increase minimum frame rates as well as to minimize potential stuttering during hectic moments of the game).

Related: Best GPUs for The Witcher 3

Just like with 1440p, at 4K it's all about that GPU power, and even more so than 1440p. To get 60FPS on a 4K display, and with settings turned to the max ('Very High'), judging from benchmarks it's going to take a GeForce RTX 3060 Ti or Radeon RX 6700 XT minimum, with a RTX 3070 or RX 6800 being the absolute ideal for perfectionists with looser budgets. But if you're buying a cutting-edge 4K 144Hz gaming monitor, the reality is anything less than a RTX 3080 or 6800 XT means you'll have to tone down settings quite a bit if you want high frame rates to take advantage of such a beast display.

As for CPU requirements at 4K, it's the same as for 1440p - a Ryzen 3600 or Intel i5 equivalent is absolutely fine to reach 144FPS. If you just want 60FPS (ie you're using a 4K 60Hz display), you could get away with a cheaper processor to save money as you don't need a beast of a CPU to reach 60FPS in GTA V. But I've left the same CPU recommendations for 4K 60Hz and 4K 144Hz below since very few people will want to skimp on their CPU and go below a decent Ryzen 3600 (or equivalent) when spending the money to build a high-end PC for 4K gaming.

Related: Build the Best PC for Half Life Alyx