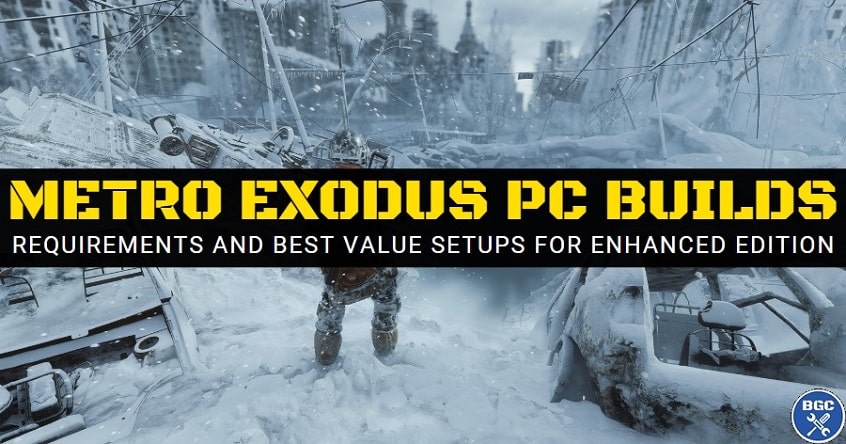 Metro Exodus is still one of the best looking video games of all time, especially within the First-Person Shooter genre, boasting an extremely detailed, immersive post-apocalyptic open-world set in the Russian wilderness that often appears as truly next-gen and even photo-realistic at times thanks to some excellent ray tracing effects.

The latest 'PC Enhanced Edition' took things even further than the original PC release, bringing improved ray tracing and DLSS 2.0 support. Such cutting-edge visuals comes at the cost of performance though, and you'll need a very good gaming PC to hit 60FPS at high settings, though DLSS helps a ton in reaching that super smooth level of performance for those with a NVidia graphics card (unfortunately, AMD's FSR is not supported).

Related: Build the Best PC for Escape from Tarkov

As listed on the official Metro Exodus website, the official requirements for the original edition of Metro Exodus (we'll get to Enhanced Edition further below) are handily broken up into 4 different categories for various resolutions, settings, and performance levels. 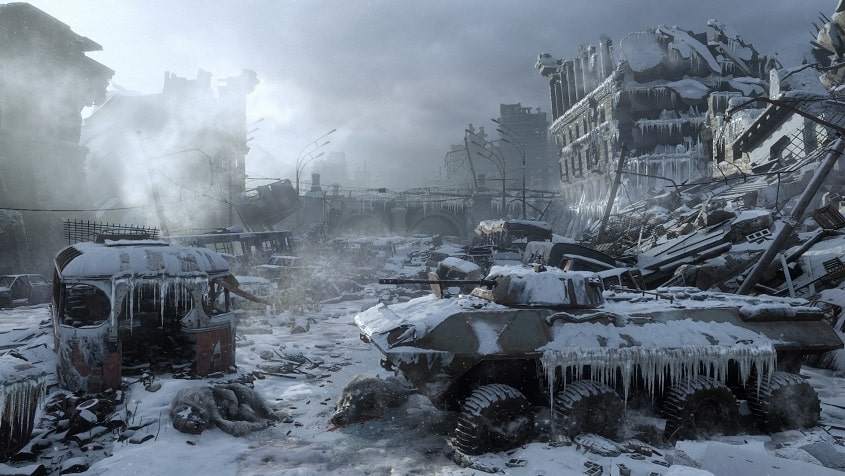 Attention to detail in Metro Exodus is phenomenal, making for one of the most immersive video game worlds ever crafted

If you want to play the latest and greatest 'PC Enhanced Edition' - which is the best way to experience Metro Exodus in 2022 and beyond - the requirements are a little higher and a GPU that supports ray tracing is a prerequisite to play. That means you need either an "RTX" NVidia graphics card, or one of AMD's latest RX 6000 series which also support ray tracing (though NVidia cards do run slightly better for ray tracing).

The standard edition of Metro Exodus also supports ray tracing, but a watered-down version relative to the Enhanced Edition of the game which includes a much more thorough, impressive implementation of ray tracing. Here's what developer 4A games said about the PC Enhanced Edition: (and see a full technical breakdown if interested here)

"It offers additional Ray Tracing features including Advanced Ray Traced Reflections and support for the much requested DLSS 2.0 on NVIDIA hardware, which offers sharper image details and increased framerates and display resolutions. Further collaborating with NVIDIA, this update improves our existing Ray Traced Global Illumination tech innovated with the original release of Metro Exodus to make every light source fully Ray Traced, and implements our Ray Traced Emissive Lighting tech from The Two Colonels throughout the game." - 4A Games 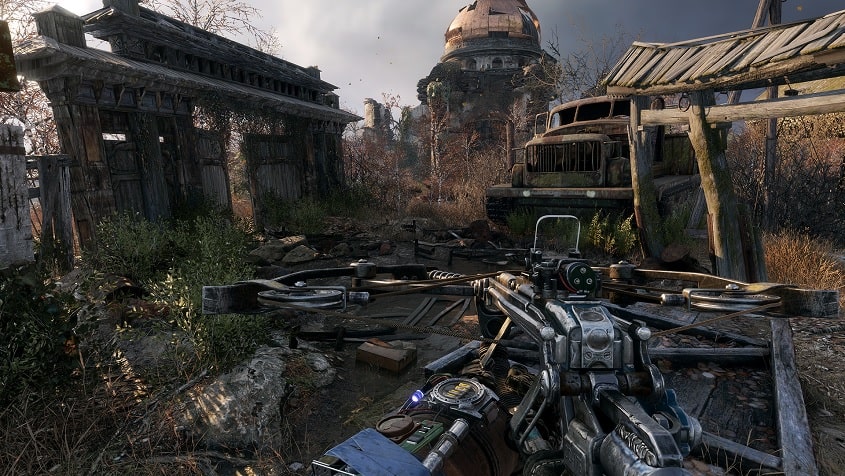 Metro Exodus PC Enhanced Edition is demanding on both the GPU and CPU, especially at high ray tracing settings

Given how thorough the developer's system requirements are for both the standard and enhanced edition, there's no need for me to add too much in terms of commentary or hardware recommendations (unlike most titles which only provide vague minimum and recommended specs which don't indicate which level of performance you would get at certain resolutions/settings etc).

But what I will do is finish off with what I believe would make the best overall value PC build for Metro Exodus Enhanced Edition, for the 3 most common gaming resolutions. For that, you want to turn to the wonders of NVidia's DLSS 2.0 feature, which is a super sampling rendering feature added to the Enhanced Edition of the game and makes a world of difference to performance if you own a NVidia card (vanilla Metro Exodus only has DLSS 1.0 which is noticeably inferior in terms of making things blurry when turned on).

The official requirements covered earlier don't take into account DLSS, but since DLSS 2.0 works very well in this title you seriously want to consider turning it on as that means you can get away with slightly lesser hardware for super smooth performance. And if you stick to a mild setting of DLSS, such as the highest quality setting called 'DLSS Quality', this will give a slight but noticeable boost in FPS, but image quality will be retained and most gamers will have a hard time discerning between it and having DLSS turned off. At very high resolutions like 4K, a more significant DLSS setting such as 'DLSS Balanced' or even 'DLSS Performance' is fine as DLSS works better at higher resolutions.

I also suggest aiming for 50-60FPS for the best experience - 30-40FPS is fine for a generally slower-paced shooter like this, but I think most will agree with me that a smoother frame rate almost always beats having slightly higher visual detail (no matter the game). Besides, there's still plenty of action in Metro Exodus, where sub 40FPS would be quite noticeable to a PC gamer.

So, if we want 60FPS or thereabouts, using DLSS set to "Quality", here are the specs I suggest for High/Ultra settings (depending on resolution) to get that job done and experience Metro Exodus Enhanced Edition to the fullest without overspending. Remember that DLSS is only compatible with NVidia GPUs - AMD's competing feature FSR is not supported in this title. Metro Exodus is also quite CPU intensive, especially at high settings with ray tracing, so you want a strong mid to upper mid-tier CPU. 16GB of RAM is still plenty though, as like with the far majority of other titles (even very demanding ones) there's little chance 32GB would make any difference.