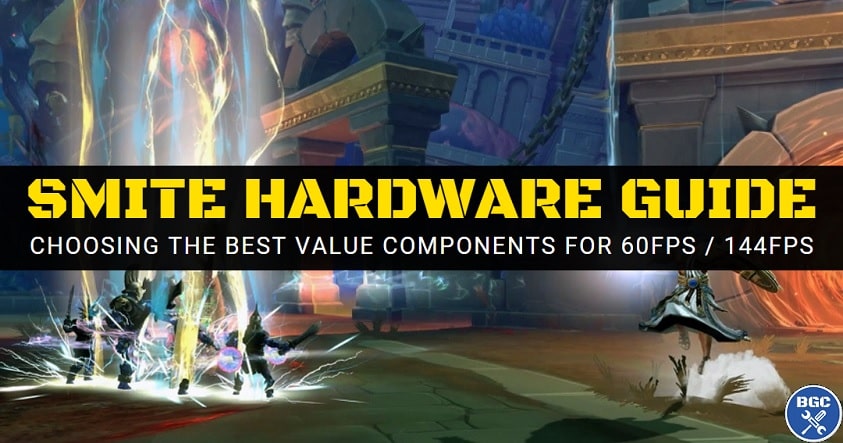 Smite is a popular free-to-play MOBA (Multiplayer Online Battle Arena) with a twist - unlike League of Legends and DOTA 2 which are played from a top-down perspective, in Smite you control your hero in third-person which makes for a more immersive 3D experience. Based on the powerful Unreal game engine, Smite is a bit more demanding than other MOBA titles, but if all you want is 60FPS it doesn't require all that much in terms of specs. The minimum requirements are very low. But if you want high frame rates of 144FPS, requirements increase considerably and you'll require a fairly beefy gaming PC to run the game flawlessly on 144Hz monitors at high settings.

Before getting into modern hardware recommendations, let's first briefly go over the bare minimum specs listed by the developer (on Steam) for anyone simply wanting to run Smite. As with the majority of games that have been out for a long time now, the system requirements are very low by today's standards. In other words, Smite will run just fine even on older or lower-spec systems. If you want 60FPS or higher though, you will need better specs which we'll get to next. 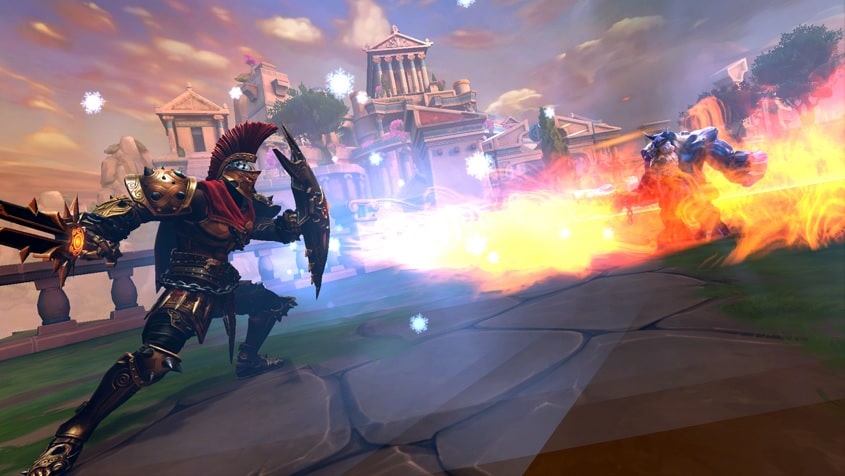 Smite is not a demanding game to run, nor is getting 60FPS hard. 144FPS is very demanding in Smite though

Like other MOBA titles, a 60FPS experience is perfectly fine for the majority of gamers. Unlike shooters that are faster-paced and very clearly benefit from high frame rates of 144FPS or above, Smite isn't as fast-paced a game and so using high refresh-rate monitors isn't as important (but feel free to do so). Anyway, to get 60FPS in Smite on maxed graphics settings, these are the best bang for buck modern parts I suggest for either 1080p or 1440p resolution monitors.

If you want to play on a 144Hz monitor (whether at 1080p or 1440p resolution), that's where Smite becomes a whole lot more demanding on hardware. Especially if you want to play at high graphical settings as well. Based on benchmarks from around the web, here are my specific recommendations for either 1080p 144Hz or 1440p 144Hz monitors. Note that for 144FPS performance, you not only need a stronger GPU but a faster CPU as well.

For 4K monitors, you'll need a fairly decent, upper mid-range modern GPU to run Smite flawlessly at maximum graphics settings. If only aiming for 60FPS, you can go easier on the CPU selection though, as you don't need as fast a processor for 60FPS gaming as compared to 144FPS (the higher the frame rate, the more load on the CPU as explained in detail in CPU bottlenecks explained).

At 4K, it's all about the graphics card, so allocate a healthy portion of your budget to getting the best card you can get, and you'll do fine with a modern entry-level CPU from Intel or AMD (i3 or Ryzen 3) which are fast enough to avoid bottlenecking a card like a RTX 3060 Ti at 4K in most games (assuming you just want 60FPS - for cutting edge 4K 144Hz monitors you will want a better CPU). 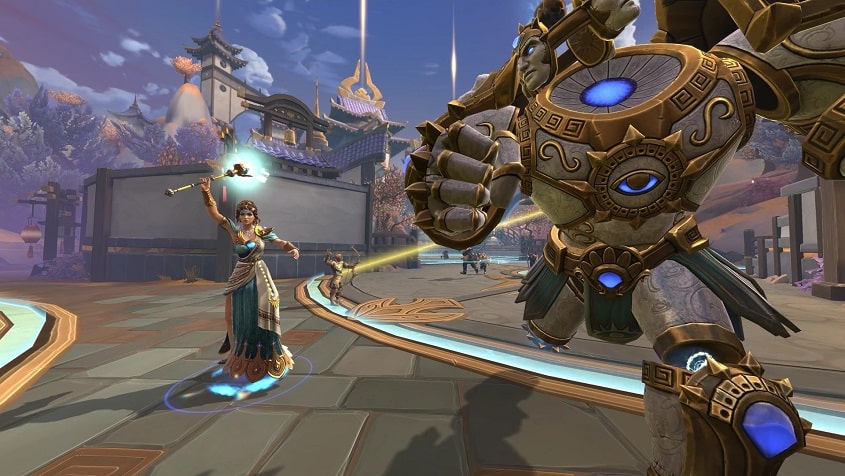 See Also: The Best PC Builds for League of Legends