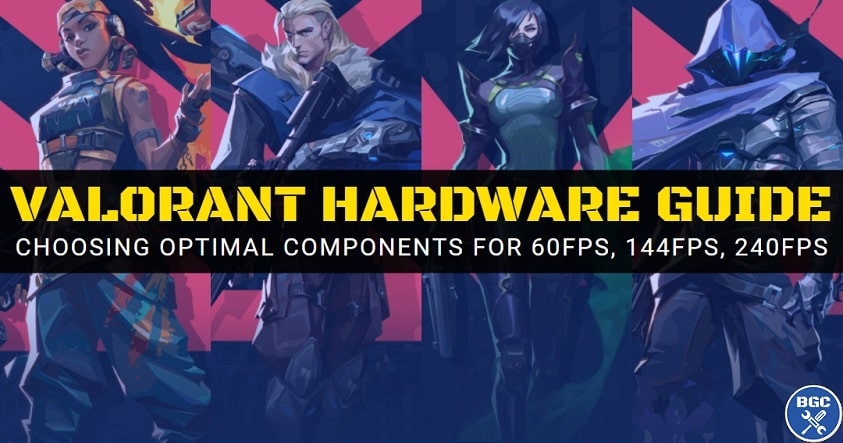 Valorant is a free-to-play 5 vs 5 competitive First-Person Shooter  developed by Riot Games, creators of League of Legends. It's quickly risen to become one of the most played and most streamed games in the world, with a thriving professional eSports scene. Like any other hotly contested, past-paced game, your gear matters if you want to play at your best and not be disadvantaged by low frame rates.

Thankfully, Valorant is not a demanding game at all, and you can easily reach 60FPS on old or cheap gaming PCs. But most players will want to reach 144FPS or even higher, in which case you have to pay a little more attention to your specs. In this guide we'll go over which PC components you'll need to reach the performance level that you seek.

Let's first get the the official system requirements out of the way (as listed on the official site here). Since Valorant is not a demanding game on hardware, the bare minimum specs needed to run the game are super low. In other words, the game will run well on even a potato.

It's nice that Riot Games provided requirements for specific frame rate targets, as game's rarely do this and their system requirements are typically quite vague (leaving you to guess as to what sort of performance you'd get).

But their requirements really give you a good idea of what you need for 144FPS, which is going to be a target for a lot of players given the fast-paced nature of the game - 144Hz monitors give you a slight but often noticeable edge in Valorant compared to gamers using 60Hz displays (with 240Hz monitors being the absolute ideal for serious players: most pro Valorant players use a 240Hz display).

However, the specs they list are quite old now, so if you're building a new PC (or upgrading your existing gaming desktop) let's look at which modern PC parts you'll need to get a super smooth 144FPS or 240FPS depending on which monitor you choose for your gaming setup. If you just want 60FPS, pretty much any cheap modern gaming PC will achieve that with ease (even on maxed settings). 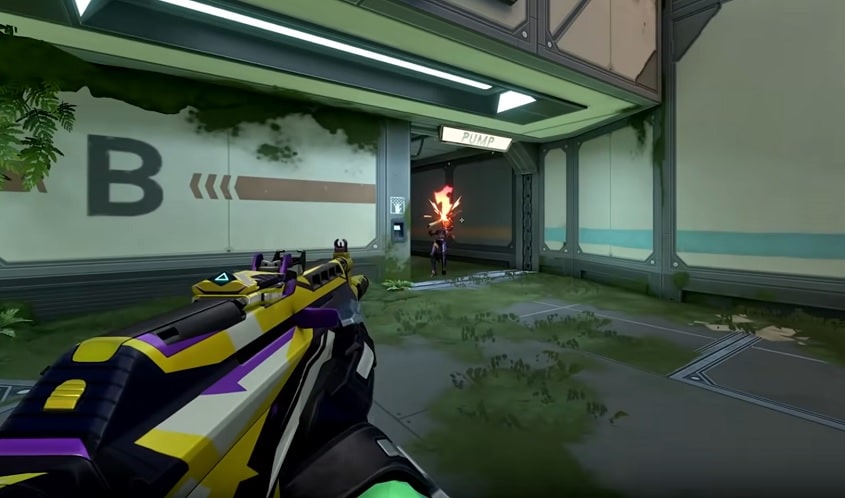 Valorant is not a very demanding game, and runs well on cheap PCs

The CPUs and GPUs below are the cheapest, best value options to get you a consistent 144FPS or 240FPS on either competitive graphics settings or high/maxed settings. Competitive settings refers to having all/most graphical options set to low in order to get the highest frame rates possible, which allows for the lowest input latency possible (which is what pro players do).

Of course, feel free to get stronger specs than the ones I suggest below, and your frame rate will soar far beyond the 144 or 240 mark at all times. But if you want to be as cost-effective as you can to save money, the below setups are the best bang for buck PC builds for Valorant in my opinion based on researching various performance benchmarks, and will keep your average frame rate nicely above those 144/240FPS targets (in order to take full advantage of your 144Hz or 240Hz monitor).

As you can see, even reaching such high frame rates as 240FPS in Valorant does not require a very beefy PC at all. Just like when building a PC for CSGO, you can get exceptionally smooth performance with budget-oriented, modest CPUs and graphics cards. If you want to reach these frame rates at 1440p resolution, it's also not hard, and you would only need a slightly stronger GPU than the ones I've listed. But the far, far majority of Valorant players stick to 1080p monitors to keep those frame rates as high as possible, so no need to really discuss 1440p (or 4K) as it's mostly irrelevant for Valorant.

For the few of you eyeing off a cutting-edge 1080p 360Hz monitor, which some eSports players are starting to get into (most are still using 144Hz or 240Hz though, which is plenty fast as it is), you also wouldn't need that much better specs than the recommended 240FPS setup. But if you want 360FPS consistently, I would look at getting one of the best CPUs for gaming right now, with the Intel Core i5 12600K being the best value high-end gaming CPU overall at the time of me writing this. Pair that with a RTX 3070 and you have a great 360FPS setup for serious Valorant action.

Lastly, a quick note on AMD vs NVidia GPUs for Valorant. If you're a casual gamer, this won't matter whatsoever, and simply pick whichever GPU brand you wish. But it must be said that the more serious players among us will want to consider a NVidia card for its exclusive NVidia Reflex feature which reduces system latency in supported titles like Valorant. For more on this see the Apex Legends PC build guide where I go into a bit more detail. The difference with Reflex on vs off isn't huge, but based on tests people have done there is a small but worthwhile improvement, and every little bit of a help you can get in hotly contested competitive shooters is worth looking into.

Anyway that wraps up the Valorant hardware guide, hope it helped solidify your choice of components, and if you want full PC build examples check out the recommended PC builds. Or see the best prebuilt PCs guide instead if you don't have the time or patience to assemble your own system. Good luck and GG.