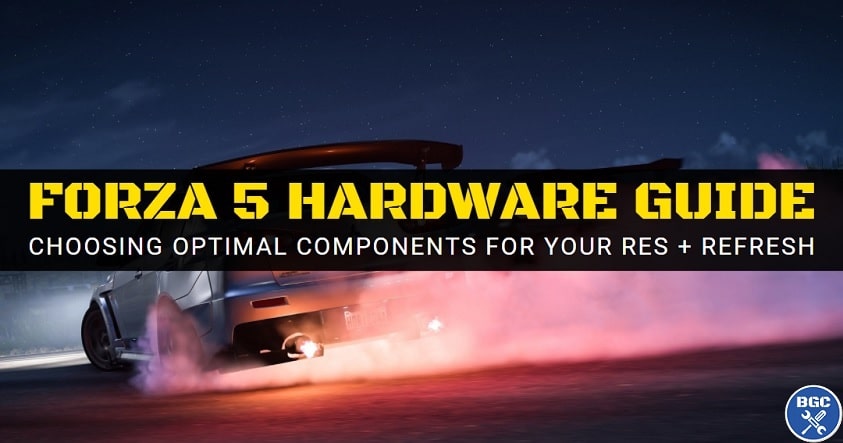 Forza Horizon 5 is not just the best looking racing game ever made, but also has arguably some of the best, most realistic graphics of any PC game ever released so far. If you're upgrading or building a new PC for Forza Horizon 5, or just want to know roughly how well it will run on your current desktop or laptop, I've done the extensive researching of multiple performance benchmarks to strip out the fat and bring you what you need to know to choose optimal parts for your type of gaming monitor. Overall, Forza 5 runs decently on mid-range systems, but at high resolutions, high settings, and/or high refresh rates (144Hz) it is one of the most GPU demanding games.

Let's first get the the official system requirements out of the way (as per the Forza blog), which made news across PC gaming sites prior to the game's release for including a RTX 3080 and RX 6800 XT within their "ideal" requirements.

I like when developers provide this slightly higher level of detail in their system requirements (most games just list minimum and official specs), which is something the Cyberpunk 2077 PC requirements included as well. But the question is, what exactly are these lofty "ideal" specs intended for? Surely not regular old 1080p 60Hz? 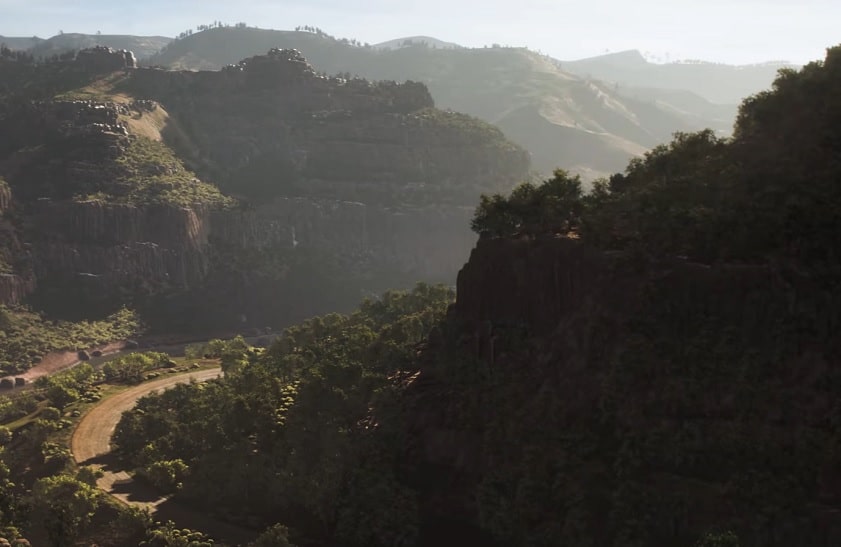 The surrounds in Forza 5 are breathtakingly well-crafted to near photorealism (Image Source: Steam)

If you want to ensure a flawless experience of either 60FPS for 60Hz displays or 144FPS for 144Hz, or to get as close to these magical numbers as possible, let's get into the modern CPUs and GPUs you'll need to get the job done. Forza Horizon 5 has 6 different graphical presets:

The game also has numerous other custom graphics settings allowing for a lot of tinkering. I've decided to pinpoint the 60FPS hardware recommendations below for the "Ultra" settings preset, and the 144FPS recommendations for the "High" preset (getting such high FPS in Forza 5 demands a ton of GPU power, so High is a much more economical goal).

There's no strong need to use Extreme settings in the game, as it hammers performance for generally only a minor improvement in graphics over Ultra. But the hardware suggestions below would be mostly fine for Extreme settings if you truly want to max out the game to its highest graphical potential, assuming of course you don't mind frame rates a fair bit under the 60FPS and 144FPS targets.

Related: Are Ultra Settings Worth It? 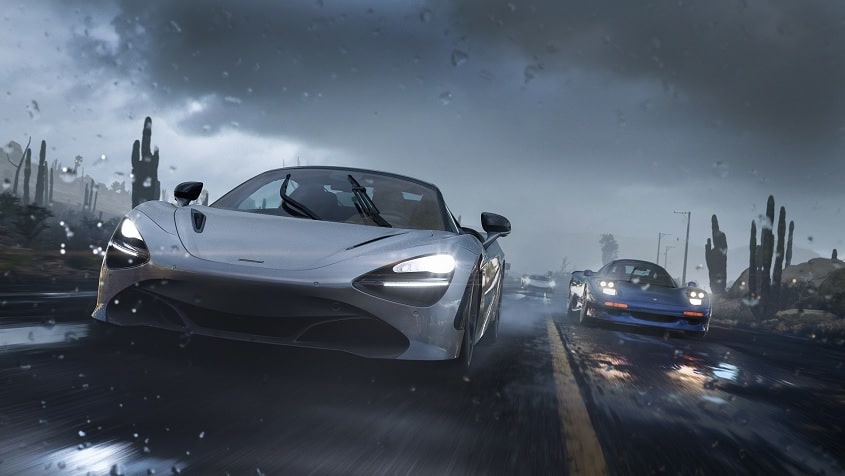 Easily the Best Graphics in the Racing Genre to Date (Image Source: Steam)

Since Forza 5 isn't overly demanding on the CPU, you don't need a high-end processor to reach 144FPS, and a good modern mid-range CPU like the Ryzen 5 3600 or Intel equivalent is plenty. However, while not needed, faster CPUs like the 5600X, or even faster 12600K, will definitely help lift those frame rates higher (and make them more consistent, with less dramatic dips and higher 1% lows).

So, if you want the absolute best PC build for Forza 5, consider investing in one of the best gaming CPUs like the 12600K, but as I said you can get away with lesser CPUs in this particular game. That said, for any hardcore gamers using blazing fast 240Hz monitors, you definitely will be wanting a faster CPU than the ones I recommend.

Now let's look at what you'll need for very smooth performance at 1440p, again for either casual 60Hz or more "serious" 144Hz gamers. CPU and RAM requirements remain the same as they were for 1080p, as higher resolutions are all about extra GPU power. With AMD's latest mid-range card, the RX 6600 (non XT), benchmarks show you'll hit 60FPS quite easily on Ultra.

But for 1440p 144Hz, Forza 5 starts showing how demanding it can be on GPUs, and a powerful RX 6800 XT is what you'll require to get anywhere near 144FPS on High settings. The 6800 XT seems to perform better than the RTX 3080 in this title, making it an easy recommendation here since it's also the cheaper of the two (assuming theoretical MSRPs).

For anyone wondering, in a GPU bound game like this, and at a high resolution like 1440p (which makes you even more GPU bound), you're unlikely to encounter a CPU bottleneck pairing such a powerful GPU like the RX 6800 XT with a mid-tier CPU like the Ryzen 5 3600 or Core i5 10400.

But whether this particular CPU and GPU combo is ideal for you if playing different types of PC games will depend on the exact games in question, as it is possible to encounter a CPU bottleneck with a somewhat lopsided/mismatched setup like this if playing some of the more CPU intensive titles out there.

For crazy 4K 144Hz gamers on the bleeding edge of gaming display tech (well, besides my fellow VR peeps of course), at High settings a RX 6900 XT will get close enough to 144FPS. The more expensive RTX 3090 doesn't bring any worthwhile gains over the 6900 XT to be worth recommending.

Lastly on the CPU, and once again as I said before Forza 5 is very GPU bound - especially at 4K - so using a mid-range CPU like the 3600 with a high-end GPU is totally fine and what I suggest if you want the most bang for buck in this particular game.

That wraps my thoughts on choosing optimal hardware for Forza Horizon 5. Remember these recommendations are simply my own opinion based on studying a variety of different benchmarks and performance reviews out there, and I always encourage you to do your own research and not to take these suggestions blindly. That said, as with all guides on this site I try to be as accurate as possible. Anyway, good luck and happy racing, friend.