Build the Best PC for League of Legends 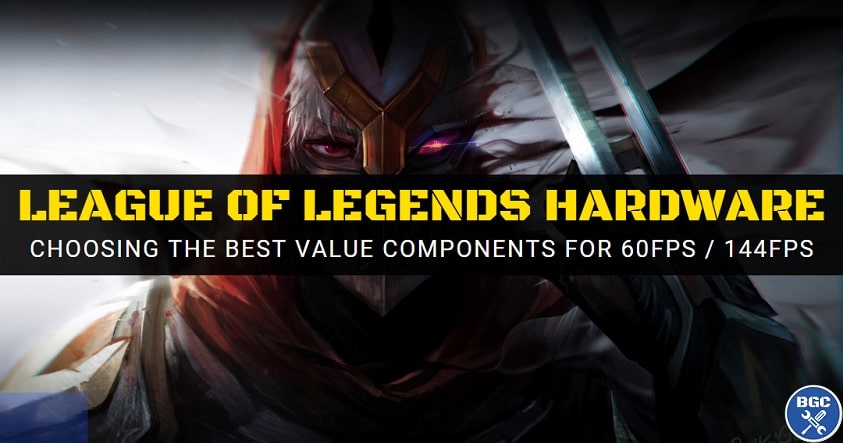 For those who have survived living under a rock for the past decade, League of Legends (or LoL for short) is a massively popular free-to-play MOBA (Multiplayer Online Battle Arena) that has become one of the biggest eSports on the planet with millions in prize money having been won by professional teams in recent years. There's also no end in sight.

If you're building a PC for League of Legends and want to ensure good performance, after studying the benchmarks and performance data across the web here I share what to know in terms of choosing optimal parts to get either 60FPS, 144FPS or even 240FPS depending on your monitor's refresh rate. Each display slightly changes the balancing of CPU and GPU in terms of how much to allocate to each in order to maximize your average frame rate.

To enjoy the game fully and/or play at your best, getting smooth performance without slowdowns during hectic battles is crucial. But as everybody reading this is probably already well aware, League of Legends is not a demanding game on hardware and you don't need strong specs to hit 60FPS consistently. It's also less demanding than Dota 2, which requires slightly beefier specs to run flawlessly. Even a high frame rate of 144FPS isn't hard to reach in League of Legends, but we'll get to that. First, let's take a quick look over the official bare minimum requirements to run the game. 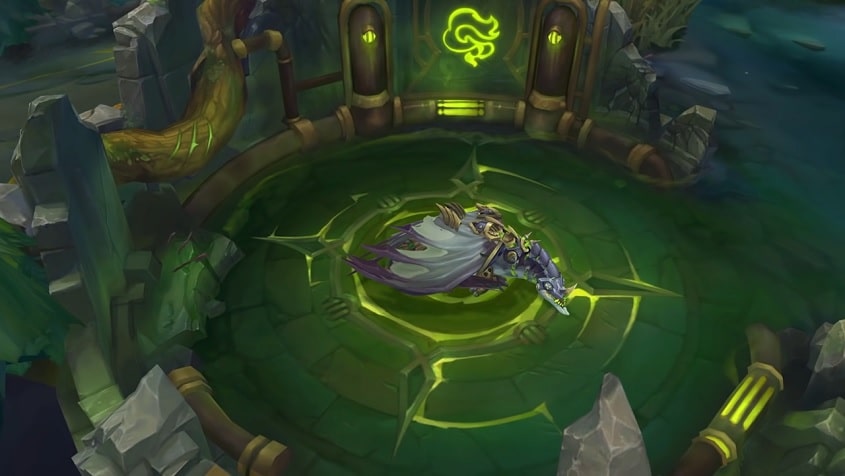 League of Legends will run well on almost anything, but like any game you need to carefully select your specs if gunning for 144FPS+


Requirements to Run League of Legends

The official system requirements for League of Legends provided by Riot Games lists both minimum and recommended specs, for roughly 720p resolution (not exact but very similar) at low graphics settings and also for 1080p resolution at high settings.

If you want the best League of Legends PC build, you'll want better parts than these above. Besides, these official system requirements are really old now. But as mentioned, the good thing is that since League of Legends isn't a demanding game you won't need much at all when it comes to modern parts, and any cheap half-decent modern PC build is going to run League of Legends very nicely. But let's get into specifics.

Based on studying various benchmarks, a super cheap Athlon 3000G processor using its integrated graphics chip is all you need to get a consistent 60FPS and above - even on 'Very High' settings (the maximum graphical preset in the League of Legends settings).

To get the most performance out of an integrated graphics solution like the 3000G (or 3200G or 3400G) you'll want to get two RAM modules with a speed of at least 2666MHz, but if you're wanting 60FPS+ on very high settings you'll need 2x8GB modules of at least 3000MHz or faster speed, as shown in this League of Legends 3000G 16GB 3000MHz benchmark for example).

Note: Don't forget you have to manually set your RAM speed in your motherboard BIOS interface, as DDR4 RAM will always automatically be set to 2133MHz or 2400MHz (and your FPS will suffer as faster RAM makes a big difference with APUs like the 3000G). 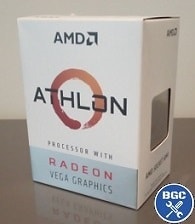 Getting a single module of RAM is to be avoided, as you'll lose some performance; running 2 modules, sometimes referred to by some as a "dual channel" memory setup, is proven to work wonders with APUs like the 3000G and will squeeze out significantly better performance compared to having just 1 module of RAM. As for the amount of RAM, 8GB would be just fine since League is an old and less-demanding title, though 16GB is ideal these days, especially if playing other games, and will also definitely help get even more performance out of an APU like the 3000G.

While MOBA's like League of Legends aren't as fast-paced as shooters or Battle Royales -  genres where every millisecond absolutely does count and getting the highest frame rate possible does matter to not only maximize enjoyment but to play at your competitive best - a MOBA can still be considered a relatively fast-paced game in the heat of a hectic battle.

Therefore, using a fast 144Hz monitor (or faster) for League of Legends is very common among competitive players, and recommended if you can afford it. That said, you're not going to miss out on too much by playing at 60Hz (or 75Hz which is quite common these days), so don't feel that you absolutely must have a 144Hz monitor for League of Legends or other similar titles like Dota 2.

But if you do choose a 144Hz gaming monitor, to make the most of such a fast-updating screen you'll want to shoot for over 144FPS performance, so that you ideally stay above that mark at all times in order to never dip under (but if you do dip under 144FPS, it's not the end of the world as getting 100FPS+ is still going to appear smoother on a 144Hz screen compared to 60FPS on a 60Hz screen).

To get 144FPS in League of Legends consistently, you need both a better CPU and GPU than you would for 60FPS, with benchmarks showing a 3400G and its integrated graphics being enough for low settings, and a cheap modern CPU like the 3100 paired along with an entry-level gaming GPU like the 1650 Super being plenty if you want to play on high visual settings (or 'Very High' settings).

Remember to uncap your frame rate in the advanced settings (directly under the visual settings) so that your FPS is not capped, otherwise you might not reach the performance levels that you could otherwise: 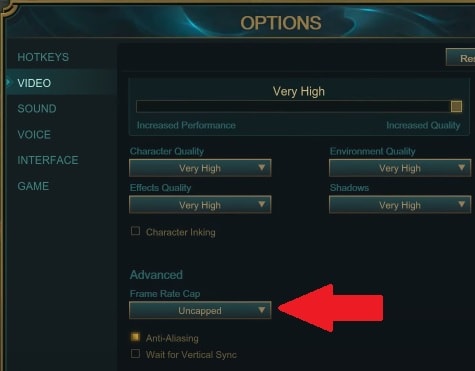 For the highest frame rate, make sure to uncap your FPS

Moving on up to crazy levels of performance, and yes - some competitive League of Legends players do use 240Hz monitors to get every little bit of an edge as they possible can - whether that edge is perceived or real. In games like CSGO 240Hz can help without a shadow of a doubt (if you do some heavy research into it you'll find fair reasons why CSGO pros exclusively use 240Hz or higher - even 360Hz is becoming a thing now believe it or not). But the importance of insanely high refresh-rate displays is debatable when it comes to a MOBA title like League (or DOTA 2), as they're not as crazy fast-paced as FPS/shooter games.

Anyway, if you're set on a crazy 240Hz monitor for this game, you're going to need a very capable CPU to pump out such high frames - especially if you want to do so consistently without dropping under 240-300FPS. At such high frame rates, your CPU is more important than the GPU, and especially so with League as it's not a very graphically-intensive game (therefore doesn't require much of your GPU) and so at this level it's all about the CPU. In other words, League of Legends is mostly a CPU bound game. That said, you still need a decent graphics card to reach 240FPS and above. So, here's the cheapest and best PC components I can suggest to get well clear of 240FPS. 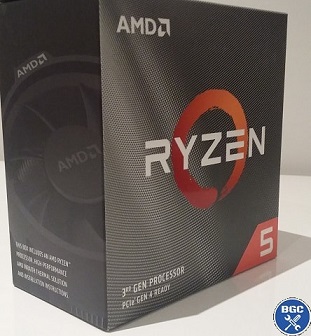 The Ryzen 5 3600 is the best value CPU for top League of Legends performance, but serious pro players will want an Intel i7 for its higher, more consistent FPS in this particular title

Note that these are just my top picks based on the current hardware market, and you'll be fine with other combinations of parts assuming they're around the same performance. For example, the Ryzen 5 3600 is the top recommendation for 240FPS+ on low settings, but if you get the slightly older and slightly slower (not by much) Ryzen 5 2600 then you're going to do just fine (but check benchmarks yourself if you want to know for sure). 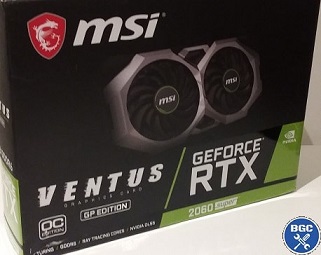 Same thing for the graphics card; a 1660 Super will do the trick here, and is the best "value" card for this purpose (IMHO), but similar-performing, similar-priced cards like the 1660 or 1660 Ti are going to be just fine and will give very close performance. If you want to run a 240Hz monitor on higher visual settings though, you'll want a better graphics card like the RTX 2060 Super, or something even better like an RTX 2070 Super (or a new upcoming RTX 3070 or RTX 3060) if you want to leave nothing to chance.

Just remember that at such high frame rates it's all about your CPU, so spend more on that before the GPU if this game is all you care about as getting a better GPU will give you diminishing returns (ie you won't notice much of a difference, especially if your CPU is holding you back ie "bottlenecking" your GPU).

If you prefer to play on a higher resolution monitor at the expense of having a lower frame rate, let's get into the PC parts you'll need to get either 60FPS or 144FPS (for a 1440p 60Hz or 1440p 144Hz monitor). Like all recommendations on the site, don't forget that these are just estimations based on what benchmarks are available out there online, and there are many different factors that could change the FPS that you get - and especially so with League of Legends which I've found to be quite prone to performance issues of various kinds (research "low fps league of legends" and you'll see its a rabbit hole of confusion). So don't just take my word for it and always do your own research. That said, these parts are safe bets to stay well above the 60FPS or 144FPS targets in 1440p depending on your settings.

With a fairly basic Ryzen 3 3100 processor and a GTX 1650 Super graphics card, you'll easily reach 60FPS+ at all times on maxed settings in 1440p as shown in benchmarks like this exact test of said parts-list. You could even comfortably use a 1440p 144Hz monitor with these specs if you lowered the settings to medium. As for getting 144FPS+ in 1440p on maxed settings, you'll want a stronger CPU like the Ryzen 5 3600 or latest Intel i5, along with a better video card like the RTX 2060 Super 8GB, though a 1660 Super would be more than suitable for this performance level if you don't mind medium settings. That wraps up this League of Legends build guide, and hope it helps you build the right setup for your needs.