Is SLI Dead? Is it Worth It? (mGPU Lives) 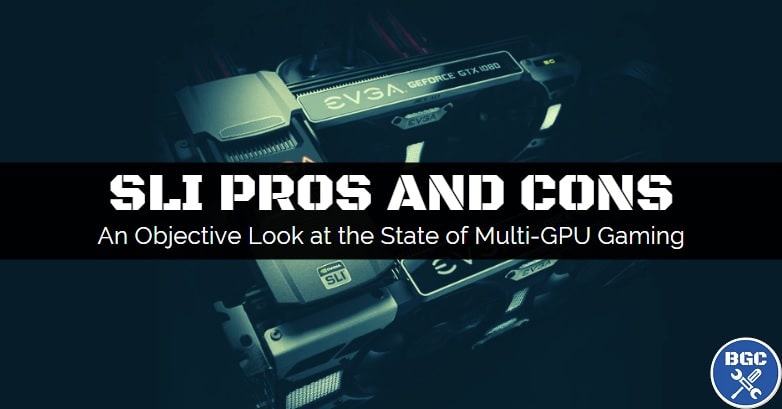 Notorious NVidia SLI: 2020 is its last officially supported year, but multi-GPU systems will still live on in various forms

NVIDIA SLI (Scalable Link Interface), technically called NVLink in the context of modern GPUs, is the dark PC-enthusiast art of combining two graphics cards in a single desktop to achieve either:

But in 2020, and specifically, following both the announcement of RTX 3000 and NVIDIA's official statement on SLI (we'll get to that), is SLI or using multiple video cards in general completely dead and buried like some people oftentimes overly-aggressively claim on forums? Or is such thinking merely mass group-think and digital dogma falsely parroted by the envious or uninformed?

As with a great many things, the answer lies somewhere in the middle and depends on context, but the fact is, SLI as we have known it will no longer be moving forward. In this article I attempt to tackle this complicated subject and share my thoughts on the current state of SLI and multi GPU setups as I see it, to break things down in as simple terms as possible. If after reading you agree, disagree, or think I missed something (or straight-up got something wrong), feel free to let me know in the comments at the end.

Before getting to the hot topic right now (RTX 30 series and NVIDIA's SLI announcement), let's quickly recap what went down with the RTX 20 series and SLI. The debate of whether SLI is dead or alive, worth it or completely not worth it - it's been prevalent in enthusiast circles for basically forever. And despite the historical downward trend of support for the technology on both a hardware and software level in recent years, the flame wars raged on in the past 2 years following NVIDIA's launch of the RTX 20 series, which brought renewed hope for the future of SLI with a new and improved version called NVLink promising increased bandwidth for multi-GPU systems.

NVLink, which is what SLI technically was for the RTX 20 series, had already been around in professional workstation machines for a while, but RTX 2000 was the first time we saw NVLink introduced into the consumer PC space. Based on reports from SLI users and testers who benchmarked NVLink configurations using RTX 2000 cards, turns out that NVLink had infact managed to reduce instances of in-game stuttering; a common downside that was prevalent with traditional SLI configurations of the past.

But overall, we can only speculate how much NVLink improved SLI in terms of performance and reliability, as it's not exactly mainstream and testing/benchmarking data is limited out there, most of which is understandably produced by amateur enthusiasts just for the fun of it, with structured, professional SLI benchmarks fading over recent years for obvious reasons. Speaking of recent history, it's been a downward trend over the years in terms of graphics cards having support for SLI, with NVIDIA slowly but surely restricting support more and more with each new GPU generation to higher and higher-end cards in their stack.

For example, with the RTX 20 series, SLI was only officially supported on the RTX 2070 Super and above (RTX 2080 Ti, Super, FE, etc), which is essentially strictly high-end GPU territory (though the 2070 Super could be considered upper mid-range if you want to get technical). Compare this to a few generations ago where you could slap together much more budget-oriented mid-range cards (like the GTX 960, a popular dual-setup choice), and these days SLI support is a lot more exclusive. And that brings us to this latest generation.

Continuing recent history, NVIDIA has further limited SLI support with the new RTX 30 series - this time to only their absolute top-tier model only. Out of all confirmed RTX 3000 cards so far, only the RTX 3090 officially supports SLI. Well, technically NVLink, which is what modern SLI is nowadays.

But that leads us to NVIDIA's official announcement just a few days ago at the time of writing this, which finally means goodbye to SLI as a technology (but not goodbye to multi-GPU systems in general).

I recommend reading that quick post from them, but here are the standouts:

Is this news the final nail in the coffin for SLI/NVLink? Technically, yes. In other words, the use of a physical connector (SLI/NVLink bridge) to connect multiple cards is dead. But that doesn't mean that multi-GPU setups are dead, especially for certain workstation use cases (heavy machine learning/AI or 3D rendering workloads).

And for gaming, if a game developer decides to implement mGPU (multi-GPU) support themselves in their game using DirectX 12 or Vulkan (the two modern APIs that allow for multi-GPU implementation on a software level), that means you can still take advantage of a second GPU (like in Red Dead Redemption 2, which has mGPU support). This method (mGPU - no SLI bridge needed) was predicted by many to always be the future, and now that day has come. We've gone from SLI, to NVLink, and now strictly to DX12/Vulkan mGPU - the wording has changed, but the act/art (audacity?) of combining multiple GPUs - this announcement does not stop that whatsoever.

Is SLI Worth It? (Using Current SLI Driver Profiles)

As mentioned, multiple-card setups aren't going anywhere in the professional computing realm, but for gamers, who knows whether many developers will implement mGPU in future titles. But it's unlikely to be many, as there's more important things for devs to focus their time and effort on (multi-GPU gaming PC owners are very niche). Nothing is stopping anyone using previous gen GPUs like Turing (RTX 20XX) or Pascal (GTX 10XX) with past SLI supported games though. Those official SLI profiles (drivers) aren't going anywhere, it's just that new SLI drivers won't be released for future games (but again, mGPU lives on if devs implement it).

Just keep in mind the old strategy of combining mid-range GPUs in the hopes of getting better performance than a single more expensive graphics card - it's rarely worth it overall. These days, you're always better off getting the single fastest GPU you can afford, instead of trying to be too clever for your own good by pairing two cards. For example, even in titles that scale well with SLI, depending on your hardware, software, settings, etc - it's possible to encounter higher and more inconsistent frame times which can result in micro-stuttering (that make SLI not worth it despite the performance boost). It's possible to get rid of the stuttering by doing some research and tinkering with settings, but not always, though it's definitely less of a problem with modern NVLink connectors using RTX 2000 series cards. 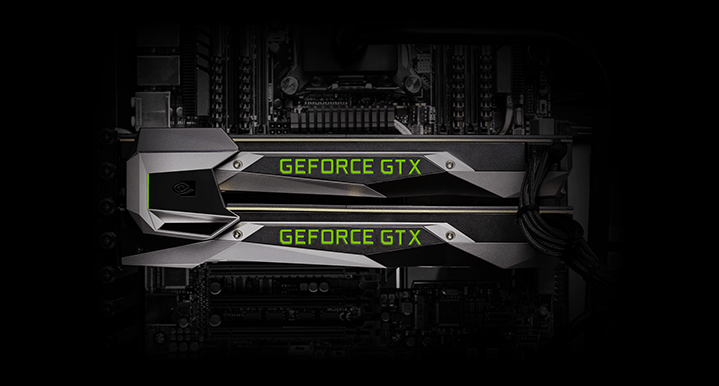 Yeah, yeah, but can it run Crysis?

Pros and Cons to SLI (or mGPU)

So while SLI is almost never worth it in terms of stretching performance for your money (ie with mid-range, or even higher-end cards), it is still a viable option for specific use cases if you do your research on the particular games/apps you're planning to use it for and you have the patience and willingness to tweak settings. And if you want to go beyond the performance of the single most powerful GPU on the market (now the RTX 3090), the only way to do that is by slapping in its twin, though for future games you'll have to rely on mGPU support from developers.

But the downsides are real, especially when it comes to gaming. Besides potential for worse frame times and stuttering as mentioned, SLI doesn't scale performance linearly, so contrary to what many would understandably assume, you're almost never going to get double the FPS by adding a second card. How much faster SLI will be compared to a single GPU will vary from game to game and could be pretty much anywhere in the vicinity of a lousy 10-15% to around 70-90% in the best case scenario. In some games you'd even seen worse performance with SLI mode enabled (and even in games with official support). So, just because you can SLI, doesn't mean you should, as it might be more trouble than its worth. Whatever you decide, good luck, and let's finish off with a simplified side by side look at all the pros and cons to SLI and/or mGPU I can think of right now.