To some the term overclocking may conjure some sort of overly-dramatic visualization of a crazed, long-haired, large-spectacle-wearing hippy-genius in a high-tech lab somewhere pouring liquid nitrogen on hardware like some sort of PC master race god. However, the reality is overclocking is a lot more common, accessible and easy to do these days and you don’t need to be a genius in the slightest thanks to great software and tools being available.

Plus, the risks associated with overclocking are less than in the past with PC hardware these days being much more flexible and having the ability to withstand a lot more. However, despite overclocking being far from rocket science and becoming a lot closer to idiot-proof in the modern age, there are still risks associated and little nuances you need to be aware of, and so you have to decide for yourself whether the extra potential performance is worth it for your particular situation.

How to Overclock a CPU

How to Overclock a GPU

Overclocking is not for everyone and may not be worth the time and effort for your particular situation. Plus, it requires a bit of patience to do right because you don't want to just dive head-first and tinker with hardware settings as a noob without knowing what you're doing.

If you're building your first gaming PC you should probably give overclocking a miss unless you have good reasons to do it.

These days are long gone; in modern times, overclocking is relatively easy


It's not always the most practical thing to do, but don't get me wrong as there definitely are places for overclocking to get you more for your money and/or extend the life of an aging system. This guide will cover what overclocking is, the pros and cons to overclocking, how to choose parts for overclocking, and for those who want to go even deeper down the rabbit role we have further modules below on exactly how to overclock both your CPU and GPU using the latest methods and software tools. Strap yourself in and may the force be with you and your parts.

What is Overclocking? How it Works

Computer overclocking is forcing a component such as the CPU to run at higher, faster speeds than the default (known as "stock") speed set by the manufacturer, and is done by altering settings in a software program or in your motherboard BIOS. The increase in performance you can create via overclocking will depend on various factors such as the specific hardware component model and what base performance it has, how effective your hardware cooling setup is, how much you push your part/s, and how much risk you’re comfortable with among other factors. 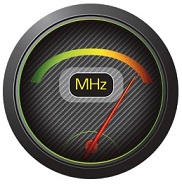 The free boost in performance that comes from an overclock isn’t free in theory, and comes with added risks to your system such as overheating, system crashes, voiding your warranties, hardware damage, lowering hardware lifespan, and even complete hardware failure. Overall, overclocking isn’t generally recommended for beginners building their first PC due to the extra complexities and potential problems it can create.

It’s only really suggested for the curious with the time and patience to do it the right way, or those looking to fully maximize performance for their money who are willing to accept the potential risks. However, as mentioned before the truth is that these days it’s a lot less risky and simpler than it was once was, and there are ways to do it quite safely that greatly limit all of the potential downsides.

For example, if you push a part beyond what it’s safely capable of, your system may simply crash or refuse to boot indicating that you need to tone the settings down a bit; and you can then reset the settings and be up and running again as normal without problems. There are also fail-safes built into modern CPUs, GPUs and motherboards that help prevent hardware damage and failures when overclocking.

Overclocking isn’t some forbidden dark art that should only be left to the experts and extreme enthusiasts; it’s quite a common practice these days among intermediate PC builders, and even with some total beginners who are keen on really stretching their system further or who are just curious about these sorts of things.

Components that can be overclocked include the CPU, GPU (graphics card), memory (RAM) and monitor (to increase the refresh rate). Overall, the CPU is the most popular part to overlock followed by the GPU. In terms of simplicity, the GPU is the simplest overall, and is also the safest in general. But don’t get me wrong; overclocking a CPU can be very, very safe as well assuming you’ve got the right things in place (explained soon).

Technically, the process of actually overclocking a part goes like this: you use certain software (or your BIOS) to manually change settings of a particular component such as its speed. With a processor, you would increase the clock speed which is measured in cycles per second or Gigahertz (GHz). This can be done a variety of ways such as increasing the clock speed directly, changing the multiplier, or changing the base clock (BCLK). This will all be explained in the module on how to overclock CPUs.

With a graphics card, you would increase the clock speed as well, which increases the speed at which graphics are rendered and therefore can boost your gaming performance. With GPU overclocking you can also tweak other settings like the memory clock speed which boosts the speed at which texturing is processed. With both the CPU and the GPU you also have the option of increasing the voltage, which is the amount of power given to that component. This can further increase the performance your component is capable of but comes with added risk of damaging components.

The main benefit of overclocking your PC is getting faster overall performance, especially in CPU or GPU demanding applications such as games, video editing, 3D rendering, etc.

Which Components Can You Overclock?

The processor/CPU is the most common component that you can push further than its originally intended factory speed, with the best case performance improvement generally being up to around 15-20%. Overclocking your CPU is actually quite safe and fairly idiot-proof so long as you don’t apply extra voltage (explained later) and you have the cooling setup to handle the extra heat. If you push a CPU too hard by raising the clock speed too high, your system will typically refuse to boot and you can then change it back until it works.

To overclock your CPU you’ll need a compatible CPU that has what’s called an unlocked multiplier (most if not all AMD processors, and Intel processors that have a “K” in their model number), an overclocking-friendly motherboard, an aftermarket CPU cooler, overclocking software, and ideally a reliable PSU. To learn more about overclocking your processor see our CPU overclocking beginner's guide.

You can also overclock a graphics card to squeeze out more gaming performance, with best-case performance increases going up to 15-20% just like with processors. Again, if you don’t apply more voltage it’s quite safe as well.

To overclock a graphics card you’ll need software of which there are plenty of free options (explained later). Unlike a processor though, you can basically overclock any graphics card on the market. Some graphics cards, that include “OC” in the model number, are already overclocked by the manufacturer. Learn more with our full GPU overclocking guide. 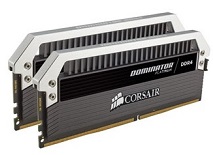 You can overclock your memory to run at higher speeds if your motherboard supports those higher speeds which can equate to slightly faster performance in games that are more CPU-intensive (as the RAM helps the CPU) and non-gaming applications that heavily rely on memory speed.

RAM overclocking is as simple as enabling a setting or two in the BIOS, and sometimes it's necessary to get the actual listed speed of the RAM that you buy as oftentimes the motherboard will default your RAM to a lower speed. For example, if you bought 3200MHz modules, it's not uncommon for your motherboard to default it to say 2133Mhz, in which case you technically need to overclock it in the BIOS to set the speed to 3200Mhz.

Yep, you heard that right. Monitor overclocking is a thing, and means you force its refresh rate to higher levels than the manufacturer intended. It was more commonplace back in the day before higher refresh rate monitors such as 120Hz and 144Hz monitors burst onto the scene, but these days it’s still possible with certain models.

The refresh rate of a monitor is how many times per second a pixel is rendered, with the standard being 60Hz. With higher refresh rates, the graphics are being rendered on screen even faster than 60 times per second (such as 144FPS for a 144Hz screen) which can make fast-paced games like FPS/shooters appear more smooth. Like overclocking any part, there are still risks to overclocking your refresh rate beyond what the screen specs are, such as damaging your screen. We don't recommend it, and if you want a higher refresh rate, you should just buy a screen that has the Hz you're after. 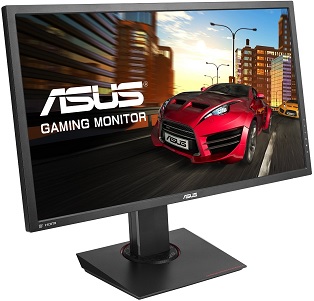 Forcing a higher refresh rate is not recommended

So, Is Overclocking Worth the Risk?

As mentioned, doing an overclock is quite safe these days if you have suitable hardware and take it slow and steady, but whether or not it's actually worth it will totally depend on your particular components, performance aims, and risk tolerance. With some systems you might not get much of a performance increase to make it worth the risk (or to make it worth the extra strain on your parts).

But with the right system and when done right, overclocking could be a wise move to squeeze out a nice bit of extra performance for little to no extra cost (though remember that you need a better cooler, better case cooling, better motherboard, etc). As with most things hardware related, the answer is the same old answer that's been repeated for millennium: (and will continue to be) - it depends.

Related: How to Overclock Intel CPUs Without the BIOS

I'm Julz, creator of BGC. In my teens I learned game programming as a hobby in my spare time, which led to a keen interest in the hardware side of things as well. I then started this site to share what I was learning about DIY at the time, and through years of trial and error and slow reiterations in the quality and depth of content, over time the site has evolved from a very rudimentary little blog with only a handful of pages into a relatively in-depth resource for PC builders and gamers that has helped many gamers and power users take the plunge to build their first PC with confidence to reap the benefits of doing so.

Crafted for the Love of Gaming + Flawless Frames