Is GPU Overclocking Worth It? Should You?

Overclocking a graphics card isn't hard, and if your gaming PC is up to the task with sufficient cooling inside your case and enough wattage headroom from your PSU, it can be well worth the small time investment it takes to learn how to overclock a GPU for the first time. Why? Free frames; 'nuff said.

But it's not without risk, and sometimes it actually is not worth overclocking a GPU. In this introduction to GPU overclocking we break down the basics and what to know before diving into this fun little hobby of sorts, along with the ways in which you can proceed to get your first GPU overclock underway.

See Also: How to Overclock a CPU 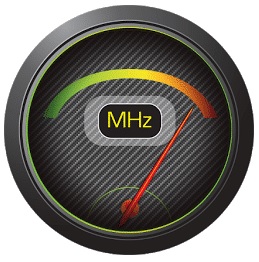 Pros and Cons to Overclocking a GPU

Overclocking your graphics card is the second most common route when it comes to overclocking a PC, and for good reason as it’s quite simple to do, relatively safe, and cheaper overall when compared with CPU overclocking: when you overclock a GPU you don’t need to spend extra on a higher-quality, overclocking-friendly motherboard, aftermarket cooler or thermal paste.

Also, unlike CPU overclocking there’s no tinkering with any BIOS settings, as you can’t overclock a GPU in the BIOS (it’s done in Windows only), meaning it’s more beginner-friendly. GPU overclocking software is also straightforward to work with.

Overclocking your GPU directly improves gaming performance, and more so than overclocking the CPU due to the fact that modern games rely more heavily on your GPU than your CPU. 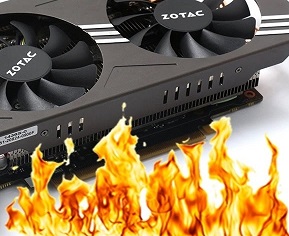 To be honest, there aren’t too many reasons against overclocking your GPU if your system is prepared for it and you follow the correct steps, as you’re getting extra performance for no added cost and low risk. We generally recommend it more than CPU overclocking, especially if you care mainly about gaming performance, and especially if you’re a PC beginner.

Basically, if you have the option to overclock your GPU, give it a serious consideration if you care about getting the absolute highest frame rates in your games and making the most of your graphics card and hard-earned money. Keep in mind some graphics cards come overclocked by the manufacturer from the get-go. These already-overclocked cards usually have an “OC” or “Turbo” in the model name, and have been set to run faster than the standard version of that card.

While overclocking a GPU sounds great, there are scenarios where it may not be worth it. For example: if you have a low quality PSU, if your GPU is notoriously bad for overclocking, or you don’t want the potential extra noise of your GPU fans working overtime. Or, if you have stuffed your graphics card in a tight, small case with barely any room to move and poor cooling, you probably want to avoid overclocking it as you may generate too much extra heat for your case to handle.

In those instances, overclocking your graphics card may not be worth it to you, or may even be a straight-up bad idea. Especially if you’re already happy with your gaming performance and don’t care for cranking out a few extra frames-per-second in your games. Also, even though pushing a GPU is quite safe, you’ve also got to factor in the other general cons to overclocking such as potential system instability and crashes, reduced lifespan, and potential hardware damage or failure.

How Much Does GPU Overclocking Improve Gaming Performance/FPS?

Many people wonder what sort of exact performance you can gain from pushing your GPU past its stock settings, and as you can probably guess there is no exact answer as it’ll depend on your system, your card, the games you play, your resolution, how you overclock, etc. In the best case scenario the performance boost can be quite significant, for example you may possibly get a nice 10-15 FPS boost across some games. In the worst case you might get a tiny boost in frames per second of say 2-10 FPS.

But yes, overclocking can be quite worth it and has the potential to turn a choppy game into a smoother affair, and/or allow you to comfortably play a certain game at higher in-game settings than you could before. For some gamers, and that’s likely you if you’re reading about overclocking, even a boost of around 10 FPS can make a difference. For example, before overclocking if you run your favourite game at 50 FPS, and then you overclock and reach a consistent 60, that can make a noticeable difference.

Is Your GPU and Hardware Suitable for Overclocks?

So what do you need, in terms of actual hardware, to safely and effectively overclock your GPU to squeeze out more of those vital frames per second? Firstly, if you haven’t already got one, you may want to pick a GPU that is known to work well with overclocking and that others haven’t had issues with.

You also want to do certain testing of your GPU at its stock settings to double check that it’s suitable for overclocking; we’ll cover this exact process in our following step by step tutorial to overclocking any GPU. Also, you’ll want to make sure your cooling is up to scratch, which not only includes the cooling solution built onto your actual graphics card, but the fans and airflow of your PC’s case.

The standard 2 pre-installed fans that many modern cases come shipped with may not be enough, and you’ll ideally want to have 3-4 fans within your case to really cool things down (depends of course; on your case, your GPU, your room temp, how much you overclock, etc). Having sufficient cooling setups is especially important if you’ll be increasing the voltage settings of your card as well as the general speed settings (which isn’t necessary and generally not recommended anyway).

Related: How to Install Extra Fans in Your PC Case

Many GPUs have decent built-in cooling setups that can withstand overclocking, but you’ll want to do your research on your particular card’s cooling solution and also see what you can dig up about other enthusiast’s overclocking experience for that particular model.  Only extreme overclocking (including pushing voltages) of high-end GPUs would need a custom GPU cooling setup such as setting up a custom water-cooling loop. Otherwise, you should be good.

You also ideally want a good-quality, reliable power supply with enough wattage, especially if you’ll be increasing the voltage settings. We’d suggest a mid-tier 80-Plus-rated unit at the very least. Unlike with overclocking your CPU, for tweaking GPUs your motherboard, RAM and other hardware components don’t need any special consideration.

How to Overclock Your GPU


The general principles of CPU overclocking apply to overclocking a graphics card, but as you’ll see in the following steps, tuning your card is quite a bit simpler, easier and quicker. First of all, there’s no mucking around with your BIOS, as you can’t overclock a graphics card there; it’s done all in Windows.

As for your software options, AMD and NVidia actually have overclocking support as part of their drivers. For AMD cards you can use what’s called the Catalyst Control Center which is under the Performance section of the driver tools. For NVidia, it’s the System Tools utility.

Overclocking using these apps are as simple as adjusting sliders for the GPU clock speed, the memory speed, and the fan speed. Once you’ve increased one or more of those settings, you test the results either in a game or in a GPU benchmarking or stress-testing program.

You can’t adjust the voltage of your card within these basic tools, and for that you’ll need to use a more detailed GPU overclocking program such as MSI’s Afterburner which is the industry standard and the program we’ll be using as an example in our following steps to overclocking a GPU (don’t worry, you don’t need an MSI-branded card to use it).

Adjusting the voltage isn’t generally recommended, and only suitable if you want to really push your card to the limit and you have the cooling capability to do this safely. GPUs are already pushed fairly hard in stock form to squeeze out as much performance as possible, and increasing the voltage really does run the risk of frying your card.

Whether or not you’ll be increasing the voltage or not, we’ll show you how to overclock using Afterburner as it’s not as limited as the basic AMD/NVidia tools and includes more functionality. Plus it’s totally free. 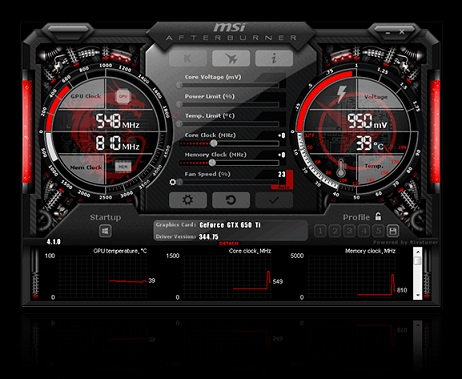 Afterburner is a Solid Noob-Friendly Tool

For full steps on how to overclock your GPU, see our full DIY manual for beginners: The Gaming Build Blueprint. It covers overclocking GPUs, CPUs, and everything else you need to know about building and tweaking your first custom PC from scratch.