What Tools Do You Need to Build a PC?

If you're preparing to build your first PC, you may wonder what tools you need for the job. The good news is, in modern times building your own computer doesn’t require much at all in terms of tools or equipment, and a basic screwdriver is very likely to be all you actually need (unless you're building something quite advanced like a custom open-loop liquid cooled PC).

There are a bunch of other tools worth considering if you want to make things easier though, or if you just want to be as prepared (or safe) as possible. So, let's take a look at the 5 most common tools used for PC building, including our top value tool recommendations if you don't already have what you need lying around the house or backyard somewhere. We'll also wrap up the guide with a FAQ covering any other things to know in relation to PC building tools and equipment. 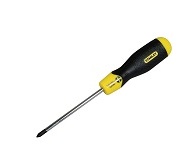 Is a screwdriver all you need to build a PC?

In the vast majority of cases (pun intended) - yes, a basic screwdriver is the only required tool to build a computer. You'll use it to tighten the screws on your components to hold them securely in place. For a typical modern gaming PC build, I'd go as far to say that 95% of the time a screwdriver is all you need and you'd only need other tools if you're doing rarer customizations or if you want to make things more convenient.

What type of screwdriver should you use to build a PC?

Thought you'd never ask - a Phillips-head size number #2 would be ideal, as pretty much all screws inside a PC are going to be crosshead ones. You ideally want one with a decently-long neck for those hard to reach screws, but you could get away with a smaller or larger screwdriver. Though if you had to choose, you're better off with one that's longer than you need instead of shorter, though in an ideal world you'd have a short screwdriver on-hand too as there are certain situations that a shorter one is easier to use.

Is a magnetic screwdriver safe to use when building a PC?

A magnetic screwdriver (one with a magnetic tip) is very handy to avoid dropping small screws in small, dark, hard to reach places during installation (which can be a little annoying). But if you're worried because you perhaps heard somewhere that a magnetic screwdriver could potentially cause harm to your PC components - relax.

Unless you have an ancient floppy disk drive in your system (if you still do in 2019 that's certainly quite the achievement) the magnet isn't going to be strong enough to do damage to modern components. But technically speaking, there is a very-little-minuscule-rare chance of a possibility, so if you want to stay extra safe then keep the magnetic bit of the screwdriver away from open circuitry within your build, and away from your storage drives.

If you don't have a spare screwdriver laying around your house somewhere, below is the one I'd get at a good price: 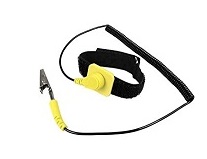 What is an Anti-Static Wrist Strap?

An anti-static wrist strap (or band) is a bracelet-type device you wear on your wrist which connects to an electric socket, and if any electrical charge builds up between you and your hardware components, the charge is safety dissipated through to the socket (avoiding a spark and potentially causing damage to your parts).

Do You Need an Anti-static Wrist Strap?

The thing is, while a wearable anti-static device is conveninent and the simplest, easier way to discharge any electrical build up, it's not necessary as you can avoid electrical risks by simply grouding yourself instead (by regularly touching metal objects such as your case during installation, and especially right before you go to handle a component).

But if you want to be extra careful with static electricity, either because you want to reduce the risk of damaging components to zero (perhaps you're worried you'll forget to ground yourself manually), or if you don’t have a choice but to build your PC in an area with extra potential for static electricity build up such as carpet or very dry areas, it's a good idea to invest in a strap.

They’re cheaper than other anti-static equipment like anti-static mats (see the FAQ below) and will give you peace of mind, especially as a first-time builder who may be a little worried. But again - they're totally optional so it's up to you really. If you want a good value anti-static wrist strap, this is the one I would get:

Cable ties (also called zip ties) and twist ties are used to tie up any loose cables lying around in your case which not only makes your finished build look neater, but promotes better airflow within your case. Most modern computer cases will come shipped with a bunch of cable/zip ties though, so chances are you won't need to buy any more.

You could also use Velcro straps instead, but cable/twist ties are best as Velcro will take up more space.I'd also favor using cable/zip ties vs twist ties, because twist ties have a bare metal core which have the potential to scratch (or even short-circuit) something. Lastly, it's important that you don't fit these too tight around your cables as you could damage them. To cut the ends of your ties once you've fitted one you can simply use sharp scissors, or needle-nose pliers (see below).

Depending on where you're building your computer you may need an extra light source to see exactly what you're doing when working within your case. Some PC cases really do their best to block out light, even if you’re in a well-lit room, so if you need to brighten things up you could use a flashlight (or just use your mobile phone) however this is far from ideal as you’ll have to hold it in one hand while trying to hold your hardware in the other. Not good, and a recipe for a more difficult installation.

A better option would be a lamp that has an adjustable neck that you can place beside your build and angle right inside of your case. Even better would be a headlamp, which may feel a little over the top but would be most convenient and frees up both your hands to properly handle your components with care and work your magic. But for most builders, give the headlamp a miss because it's likely more overkill than an RTX 2080 for 1080p 60Hz.

Rarely necessary but handy to have for various situations. You could use pliers for loosening up screws or bolts that are super-tight, picking up hard to reach screws that you may drop within your case, removing chipped/broken screws, removing motherboard standoffs, and cutting zip ties. Speaking of loose screws; always remove them if you drop them inside your build, as though you'd have to be super unlucky for this to happen, they do pose the possibility of causing an electrical shortage.

What About Thermal Paste?

The majority of CPU coolers you buy will already come with some thermal paste pre-applied (including Intel and AMD stock coolers), and for most people that's good enough. But if you want to ensure you're using the highest-quality, freshest thermal paste for your CPU to run as efficiency as possible (most pre-applied paste is going to be decent quality but you never know) then consider removing the paste and applying your own high-quality paste instead because you can find top-notch quality paste for cheap (and a small tub will last a long time unless you build for a living). Can't go wrong with Arctic's cult-status MX-4.

Also, to remove old thermal paste you should use rubbing alcohol which is a strong-enough solution to remove all grime and dirt, but it also evaporates real quick (and without causing any corrosion) within seconds (though wait a minute to be safe). Using a product rated 70% is fine, as higher ones like 99% will simply dry quicker, but 70% will still only take seconds so it doesn't matter.

What About a Hex Driver?

A hex driver could come in handy for hexagonal motherboard standoff screws, or screws for some CPU coolers, but the reality is standoffs rarely need to be taken out or installed these days.

What About Anti-Static Mats?

Instead of using an anti-static wrist band to safely eliminate any ESD (electro-static discharge), you could use an anti-static mat to build your PC on instead which allows for unrestricted movement if you don't care about being cost-effective (mats can be quite a bit more expensive than just getting a strap).

If you want to be as prepared as possible for all your future builds and upgrades, nothing beats a good toolkit. These are the ones we can recommend for PC builders at various price points.