Home > How to Choose a Motherboard > B450 Tomahawk

If you're currently planning a build using a Ryzen 3rd-gen CPU like the 3600/X, 3700X, or 3900X/3950X, and you want the best bang for buck motherboard that's also high-quality, feature-rich, and good for overclocking, the MSI B450 Tomahawk Max is easily one of the best options out there right now.

But don't get it confused with the older, standard MSI B450 Tomahawk version (without the "Max" in the model). They're very similar motherboards, but the newer B450 Tomahawk Max has a few key improvements over the original that makes it a clearly better buy. 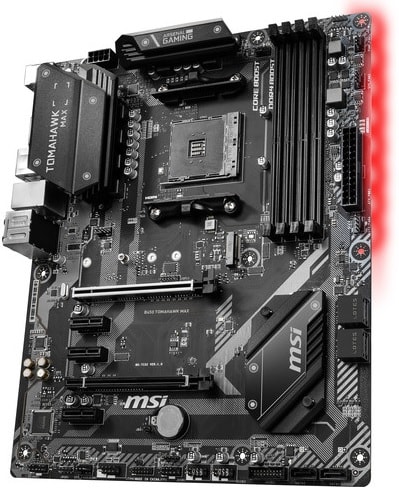 The new B450 Tomahawk Max 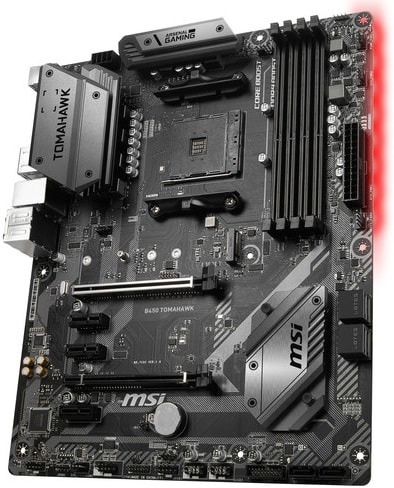 The older, original B450 Tomahawk

To use a B450 motherboard with the latest Ryzen 3000 series CPUs, it must have a recent-enough BIOS that supports these CPUs (the B450 chipset was around before Ryzen 3000 launched). That means the older B450 Tomahawk (non Max) would need its BIOS updated first before it can accommodate a Ryzen 3000 CPU.

But here lies a potential problem; updating the BIOS isn't rocket science to do, and it's made easy with MSI motherboards thanks to their convenient "BIOS Flashback" features (that doesn't require you to have an old CPU installed to perform the update), but the fact is there were widespread problems for a lot of people who tried this with the older Tomahawk due to the size of its BIOS ROM chip (which couldn't always handle the larger size of the Ryzen 3000 ready BIOS in a stable fashion).

I explained this issue in Ryzen 3000 Series BIOS Updates Explained where I recommend avoiding the older Tomahawk and sticking to the newer Tomahawk Max instead. Why? Soon after the BIOS issues with Ryzen 3rd-gen CPUs, MSI launched the Tomahawk Max with a bolstered BIOS ROM chip (among other changes as mentioned above) to avoid the issues.

They also naturally pre-loaded all Tomahawk Max boards (and their other "Max" models; they refreshed some of their other B450 boards too) with a Ryzen 3000 ready BIOS, meaning that the Tomahawk Max is 100% guaranteed to work with Ryzen 3000 CPUs out of the box without needing to update the BIOS first (which is something you may need to do with other B450 models).

Therefore, getting a standard B450 Tomahawk isn't recommended for new Ryzen 3rd gen CPUs whatsoever - even if you do the BIOS update yourself, you could encounter issues either now like many others have, or down the road (due to the seemingly insufficiently-sized ROM chip). To be fair, plenty of people are using the original Tomahawk with 3rd gen Ryzen just fine, but the fact that so many people had issues means that buying the Max is a much safer buy (and especially so for future Ryzen 4000 CPUs).

Yes, the B450 Tomahawk Max will support upcoming 4th gen Ryzen 4000 CPUs (which are set to launch either at the end of 2020 or in 2021). Initially, AMD announced that B450 boards wouldn't be getting support for Ryzen 4000, but soon after considerable backlash to that announcement they reversed their decision and re-announced that the B450 chipset would indeed be included in the Ryzen 4000 party.

MSI will likely release a BIOS update for Ryzen 4000 soon after the new CPU series launches (or perhaps right on time for launch if we're lucky). As for the original B450 Tomahawk (the non-Max version), it's anyone's guess whether it will support Ryzen 4000 too (if you have info on this please let us know).

The B450 Tomahawk Max is highly recommended for any type of mid to high-end gaming PC build as it's one of the best B450 motherboards on the market without question.

The original Tomahawk was great as it is, and widely respected with critical acclaim as the best overall B450 for a quality build, and the more recent Tomahawk Max has improved upon it to make it a no-brainer buy for good-value yet high-quality Ryzen 3000 builds.

The board has a great VRM and effective thermals for stable overclocking of any Ryzen 5 or Ryzen 7, though if you're planning to overclock an extreme Ryzen 9 CPU like the 3900X or 3950X you're best of buying an X570 instead for even better overclocking stability and cooling (though the Tomahawk is just fine if you're running a stock Ryzen 9). 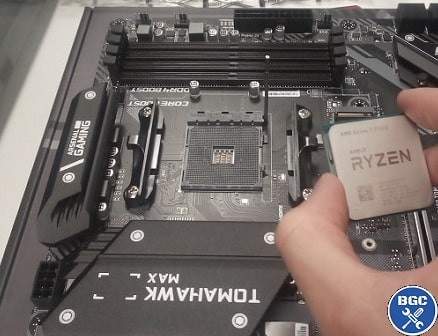 For a full PC build example using a B450 Tomahawk Max, including recommended RAM/memory and other components that would go well with it, see our latest best gaming PC builds for the money series where we've included the board in our top recommendations for quite a while now (and likely for a while longer even despite B550 motherboards arriving on the scene soon; B450 will remain the most cost-effective option as B550 boards cost more).

See Also: How to Assemble a PC for Beginners

Does the B450 Tomahawk Max Have a USB Type-C Front Header?

Some cases, like the popular NZXT H510 Mid Tower, have a USB Type-C port on the front panel. But to enable this port to work, your motherboard must have an internal header to connect this front-side USB Type-C port (otherwise you would need an adapter to get that particular front port working, though you wouldn't get the full speed). To check if a motherboard has a front USB Type-C header, you must pay close attention to the official motherboard specs on the manufacturer's site. It will be listed as a USB-Type C "internal header" or "front header" - don't get it confused with a rear USB-Type C port (on the back-side of the board).

Many motherboards have a rear/back-side USB Type C port, but not a front-side USB-Type C header for cases like the H510 that have this feature. The B450 Tomahawk Max is no different - it has a rear USB Type-C port (USB 3.2 Gen2 to be specific), but it does NOT have a USB Type-C front header.

Reviews of the MSI B450 Tomahawk Max (Roundup)

There's not many reviews specifically of the refreshed B450 Tomahawk Max out there, as it's so similar to its predecessor that it doesn't really need new reviews. Anyway, here's what I could find if you're still on the fence on the Tomahawk Max and want further opinions on it (spoiler; every dude and his dog freakin' loves it).