Do You Need a Sound Card for a Gaming PC? (& Top Internal PCIe Sound Cards) 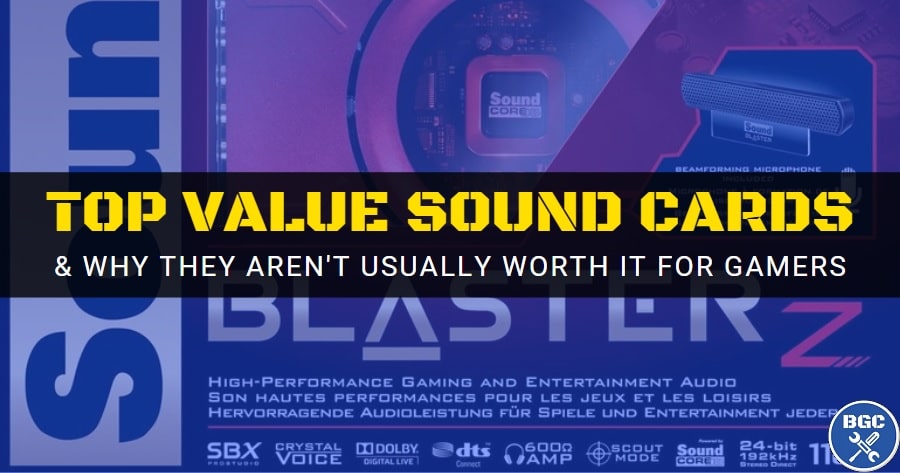 If you're on the hunt for the best sound card for gaming, whether for a new PC build or to upgrade your existing desktop, in this buyer's guide we'll break down what to know in as concise a way as possible. A long time ago in a galaxy far, far away, installing a sound card in your PC was the common thing to do.

Then, over time, the built-in audio solutions on consumer motherboards slowly but surely improved in quality, to the point where you'd be given a strange look if caught including a dedicated sound card in a new gaming PC build. Seriously though, these days, the audio provided by almost all modern motherboards is more than enough in terms of quality (and volume) to please the far, far majority of gamers.

But there are always exceptions to any rule, and sound cards aren't entirely dead. Just like optical drives such as DVD-RW or Blu-ray drives and burners - also rare inclusions in a new modern PC build -there is still a time and place where buying a dedicated sound card makes sense for certain users and situations (whether internal or external; we'll focus on the former in this guide). Let's talk about it, including my top picks of the current best sound cards for gaming at different price points if you do decide you're one of the few who could benefit from such a purchase.


Are Sound Cards Worth It for Gaming?

Let's not beat around the bush as I want to make this very clear. The short answer is an easy no - these days, literally 98% of gamers do not need to buy a sound card (and shouldn't). Long answer? The quality of audio that comes with any half-decent modern motherboard - even on more budget gaming motherboards - is good enough these days that there's simply no need, nor real benefit, to getting a sound card.

But if you're using professional-grade high-end headphones or speakers that you want to take full advantage of, and/or if you're doing some sort of audio production or editing where every little miniscule detail and quality matters, then buying a sound card may be something to consider. A sound card may also make sense if you're perhaps using an older motherboard that has slightly lower-quality audio, or if the sound on your motherboard has simply died (rare but it can happen) and you need a cheap replacement. 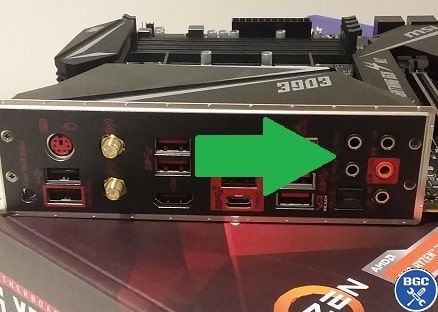 Nowadays, the audio capability of most modern motherboards is great

So, if you're in that small percentage of gamers who are investing heavily into high-end audio equipment (something on the level of the beyerdynamic DT 1990 or even the Audio-Technica ATH-M50x), let's get into our picks of the best gaming sound cards to power such great headphones. Starting with the best budget sound cards suitable for more entry-level professional audio gear, and then onto the best high-end sound cards for the ultimate gaming and music playback experience, these are the cards we can comfortably recommend at different price points after having researched various professional reviews.

If you're after the best cheap sound card for gaming that will give a slight boost in quality over most motherboards, the Sound Blaster Audigy FX will get that job done and is very affordable. However, keep in mind that many people are going to have a hard time noticing the difference between an entry-level sound card of this nature and the audio provided by a good modern motherboard.

If you have high-quality headphones for gaming (or speakers), but not super-premium audiophile-level gear, this sound card may do, otherwise you will perhaps need something even better. It comes with software from Creative, allowing you tweak plenty of settings, and it does support 5.1 surround sound too (though not 7.1 surround sound).

For a guaranteed step-up in quality from what a modern motherboard can offer, if you're rocking supreme quality gear and want to take full advantage the Creative Sound Blaster Z delivers - and at a good price. It's not recommended for audiophiles or editing/engineering, but it's all that a gamer could really ever want in a sound card for the ultimate audio experience. Again, at risk of sounding like a broken record, if you're using mainstream gaming headsets or speakers, there's no need to get a card like this as modern motherboard audio is more than enough to take full advantage of that sort of equipment. Dedicated sound cards like this are only going to make a difference if you have high-end headphones or speakers.

The standard "Z" model comes with a beam-forming dual microphone which is of decent quality, and there's also a "Zx" model that comes with an audio control module that has a mic array, mic and headphone I/O, and headphone control. No 7.1 support thought - the Z and Zx only support up to 5.1. For 7.1 speakers, look elsewhere such as Creative's Sound Blaster Audiy RX. Also keep in mind the standout red design of the card, which may clash with your PC's color scheme if you're one to care about aesthetics - it's also got red LED lighting that you can't disable, so keep that in mind too.

EVGA are mostly known for their graphics cards and power supplies, but they recently got involved in the sound business with their "Nu" internal sound card, which various professional reviews have confirmed to be strong competition to the tried and true gaming sound cards from ASUS and Creative.

If you're after the absolute highest quality audio for gaming and other usage, and have the high-end audiophile-level equipment to be actually able to notice the difference, the Nu is well worth considering. EVGA also recently released the Nu Audio Pro, a new and improved version of the base model that comes with 7.1 instead of 5.1.

The more well-known AE-5 from Creative is also well worth considering in this price range, and delivers similar quality and features for around the same cost as the EVGA Nu - the latter takes our top recommendation simply due to current pricing (and the Nu also has the easier software to work with).

If you're willing to invest in the single best internal PCIe sound card on the market, look no further than the Essence STX II which is well-known as the premiere internal solution. It doesn't come cheap, and isn't recommended for just gaming as there's little reason to invest so heavily in sound as a gamer, but if you're not just gaming but also doing some form of professional audio playback where every little minute detail matters, this is the best you're gonna get from a PCIe card.

Just keep in mind the card requires direct power from your power supply using a 4pin Molex cable - most power supplies have Molex cables, but not every single one of them (as Molex is an older connection type that is slowly but surely being replaced by SATA these days).

If you ask some serious audiophiles about configuring the ultimate audio setup, many will scoff at the thought of cramming an internal PCIe sound card inside your computer case squeezed between your graphics card and power supply, as this can cause electronic interference that may get in the way. While this may be true, it's not always the case, and most people using an internal sound card probably won't encounter this problem (just be aware of it, and if you're worried, do your own research into how to avoid it, or how to fix it if you encounter it).

As for picking a sound card that's compatible with your computer, there's not much to it, but still a couple things to consider.

See Also: How to Install a PCIe Sound Card

5.1 sound cards and speakers support 6 channels, and 7.1 supports 8 channels. Both provide a great surround sound experience, with 7.1 being just that little bit better (though at a typically higher cost). Either is going to be just fine for gaming. Just make sure if you're getting a 7.1 speaker system that you also get a 7.1 compatible sound card to take full advantage of those extra channels.

See Also: The Best Gaming Speakers for the Money


What is the SNR of a Sound Card?

The SNR (Signal to Noise Ratio) is just one of a few different specs that hint at the overall quality of audio. Technically it's a measurement of the usable signal that your sound card can produce above the volume of background static that electrical hardware produces. Most sound cards fall into the range of around 80 - 130 dB, and the higher the better. There's no set minimum to shoot for though, so just use it as one way to compare different sound cards and their quality.


What is the Sample Rate of a Sound Card?

The sample rate of a sound card is a measurement in kHz that gives an idea of how accurate that card can reproduce higher frequencies, with the higher the kHz the better the overall quality. Most good modern sound cards will be 96 kHz, which is more than enough for most people, so there's no point getting a card with les kHz than this. When choosing a sound card you may also see its "bit rate" mentioned, which is related to the quality of recorded audio. Any sound card worth buying will have a bit rate of 24 or higher, which is the modern standard in a sound card.


What is the THD of a Sound Card?

The THD (Total Harmonic Distortion) measures sound distortion and the closer to 0 the better. Premium sound cards will have a THD as low as 0.001%. There's no set number to shoot for when picking a sound card, and it's just one other way to compare different sound cards for their quality.