BIOS Flashback Isn't Always Crucial to Have, But Can Be Very Handy in Certain Situations 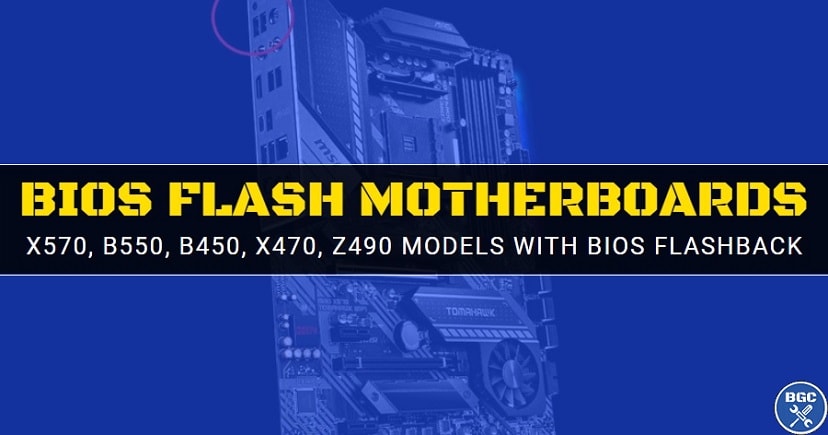 Some motherboards, including many of the top models on the market today, have a special feature called BIOS flashback which allows you to update the BIOS (also called firmware) without needing to have a CPU or memory module installed. This feature, namely slightly differently by certain manufacturers (it's "Q-Flash Plus" for Gigabyte boards, and "USB BIOS Flashback" for ASUS), means the board has a special designated USB port on the back of the motherboard which is used for inserting a USB flash/thumb drive that contains the BIOS update which you download onto the drive using another computer (explained in our full USB BIOS flashback tutorial).

Having a motherboard with BIOS flashback comes in handy in two main scenarios:

Building a New PC With a Recent CPU Release

If you're assembling a new system from scratch with a CPU that isn't supported by your motherboard out of the box, BIOS flashback can be a lifesaver. Just because a motherboard is compatible with your CPU, doesn't mean that motherboard's BIOS has a recent enough version to support the new CPU series out of the box (without an update).

When a new CPU series releases, when you buy that CPU with a motherboard that was released earlier than the CPU was (and sometimes even when you buy the motherboard a few weeks or even months after the CPU release, that board won't have been loaded with a fresh BIOS that supports the new CPU series, and you'll need to update the BIOS yourself in order to boot-up with the new CPU.

Without BIOS flashback, you would need to install an older compatible CPU in order to update the BIOS, wherein lies the problem as many new builders won't have access to an old CPU. This guide explains this whole situation as it relates right now to new AMD builds: Do B550/X570 Need BIOS Updates for Ryzen 5000?

If your motherboard ever has its BIOS corrupted, which is rare but can happen for various reasons (most commonly when doing a normal BIOS update within the BIOS itself and having it fail due to the power power cutting out etc), instead of trying to return/RMA the board (or throwing it at a nearby wall if not under warranty) you may be able to save your motherboard by using BIOS flashback instead.

So if you're still planning a build and want to stick to boards that have BIOS flashback, below are all the models I could dig up that have this feature at the time of publishing this article.

If you need help picking the best motherboard with BIOS flashback from all the models listed below, our continually updated recommended gaming PC builds contains our current top B550 and X570 picks, many of which have BIOS flashback.

This, along with the B550 list, is the most relevant right now at the time of writing in early 2021 since most people concerned about having BIOS flashback as a feature will be wanting it in case of the need for updating a board for Ryzen 5000.

These are all the X570 motherboards on the market as of the time of writing that have a BIOS flashback feature which allows you to update the BIOS without needing a CPU to be installed:

Related: The Best B450 Motherboards for Ryzen 3000

If you buy a Z490 (Intel socket LGA 1200) with a current 10th generation Intel CPU, right now there's little importance to choosing a motherboard that has BIOS flashback since Z490 was released at the same time as these CPUs (and therefore worked out the box from day one). However, since Z490 motherboards will support the future next generation Intel 11th gen CPUs, if buying a Z490 in future once 11th gen is released, that's when choosing a Z490 with BIOS flashback may become a relevant consideration as you may need to update a Z490 that's purchased around/after their release in order to be able to boot up a new PC build using a Z490 and fresh new 11th gen CPU.