Intel Pentium vs Celeron for Gaming (2019)

Which Should You Buy for a Budget Gaming PC & What About Cheap AMD APUs? 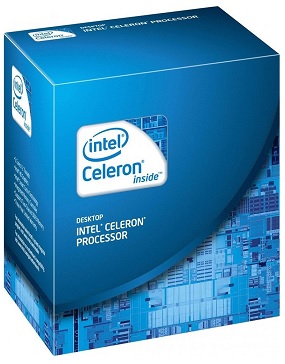 The Intel Pentium and Celeron range of processors were once kings of the hill, and very popular choices for gaming on a budget (especially the former with its Pentium 4 heydays). But what about in modern times - are they still viable CPUs to buy in 2019 when building or upgrading a PC for gaming on a budget? What about the Core i3 processors? Where do they fit in this debate? Let's take a quick look and compare the latest offerings in the recently revived Pentium and Celeron range, along with the latest Core i3, to help you make the right decision.

Pentium processors have evolved over the years from the very first Pentium 1, through to the mightily popular Pentium 4, and now the revived modern Pentium CPUs such as the G4400, G4560, and the latest G5400, G5500, and G5600. Celerons have also evolved over time (well, like any CPU, really) and the current latest models on their side of the fence is the G4900 and G4920.

Let's not beat around the bush - even if you're building a gaming computer on a really tight budget, I'd forget the Celeron range altogether as they're not going to pack enough punch for modern gaming. Celeron CPUs should be reserved for lightweight office PCs only. As for Pentiums, the latest CPUs in that range can provide decent gaming performance for a very cheap price, and is indeed a worthy consideration when building a budget gaming PC. But while the Pentium vs Celeron debate isn't a tough one for gaming (forget Celeron), whether a modern Pentium such as the G4560 or G5400 is worth it compared to AMD's current budget offerings is another thing. Before we get into the whole cheap AMD CPU vs Pentium debate, here's a benchmark covering Pentium vs Celeron for gaming across various titles which shows how lacklustre a Celeron will be for modern games:

RIP Celeron. But as for buying a Pentium for gaming, here's the deal: the latest AMD APUs such as the 3400G and 3200G currently offer a much more enticing value proposition overall for budget gamers, as you get very decent integrated graphics (without needing to buy a separate graphics card) along with a solid CPU for a very cheap price. Although the truth is that a cheap Pentium along with a cheap GPU such as a GT 1030 2GB can indeed offer slightly higher frame rates in some games, the important thing is that buying both a Pentium CPU and a discrete graphics card (as in, a separate graphics card; am I the only one who thinks the word "discrete" is a tad confusing/misleading for beginners?) works out more expensive than just getting something like the AMD Ryzen 5 3400G or older 2400G (which both include built-in graphics capability), as it won't be too far behind in performance at all and offers a better overall longer-lasting CPU with more cores and threads.

Remember a Pentium CPU is only a dual-core, which frankly just doesn't cut it for a modern gaming PC - even on a tight budget. Dual core processing really has had its day, and even though most games still don't take advantage of many cores and threads, some definitely do and a dual-core will hamper your gaming performance (not to mention general system performance). The minimum core count for gaming that you want to really shoot for in 2019 and beyond is a quad-core, even if you're trying to build the lowest cost gaming PC that you possibly can.

So, overall, for most people I'd seriously give the Pentiums a miss considering AMD's current better budget CPU (read: APU) offerings. If you really want to go Intel for a budget computer for whatever reason - perhaps you know for a fact by studying benchmarks that you'll get slightly higher FPS using a Pentium and a GPU compared to an AMD APU - then I'd suggest the G5400 as the best overall value compared to the G5500 and G5600. That's assuming you find it at (or around) its normal retail price though ($74 USD). Pair it with a GT 1030 2GB or RX 550/560 and you'll have a decent entry-level gaming system.

GET OUR BUILDS OF THE MONTH, STANDOUT DEALS, & GIVEAWAYS STRAIGHT TO YOUR INBOX

BGC is reader-supported. As an Amazon Associate we earn from qualifying purchases - if you buy products using our links, we may earn a small commission (at NO extra cost to you) which helps to support the work we do. This does not affect our recommendations in any way though. Learn more here.

Carefully Crafted for the Love of Gaming and Flawless Frames